Mariah Carey may have needed some help with the lyrics to “All I Want For Christmas” at the Macy’s Thanksgiving Parade this year.

A viral TikTok shows the Grammy Award-winning artist singing in front of a teleprompter that displayed lyrics to the decades-old iconic Christmas tune.

“Yes, Mariah Carey is using a teleprompter for lyrics of her most famous song at Macy’s Day Parade,” user Sydney Barina wrote on the video which had more than 5 million views on Sunday.

Although the video clearly shows the lyrics on the screen, it’s unclear if Carey actually used the assistance to sing the holiday classic.

Carey has sung the song hundreds of times and the practice of using a teleprompter is apparently standard for the whole parade.

Many Mariah fans defended the pop star in the comments, calling the device an essential tool for live recording.

“TV production employee here, the entire broadcast has these running in the script. For her, it’s probably a failsafe in case her in-ear fails,” one user commented.

“People don’t understand how live tv/performances work. If the audio in her ear fails, she won’t know where she’s at in the song. there’s echo,” another person said.

The comments in the Queen of Christmas’ defense racked up tens of thousands of likes.

“It’s called a confidence monitor. Many singers and performers use them. We use them at the church I work for,” another person said.

Carey recently admitted to being a bit of a diva in an interview with W Magazine. 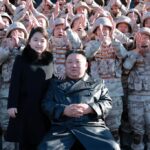 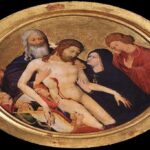