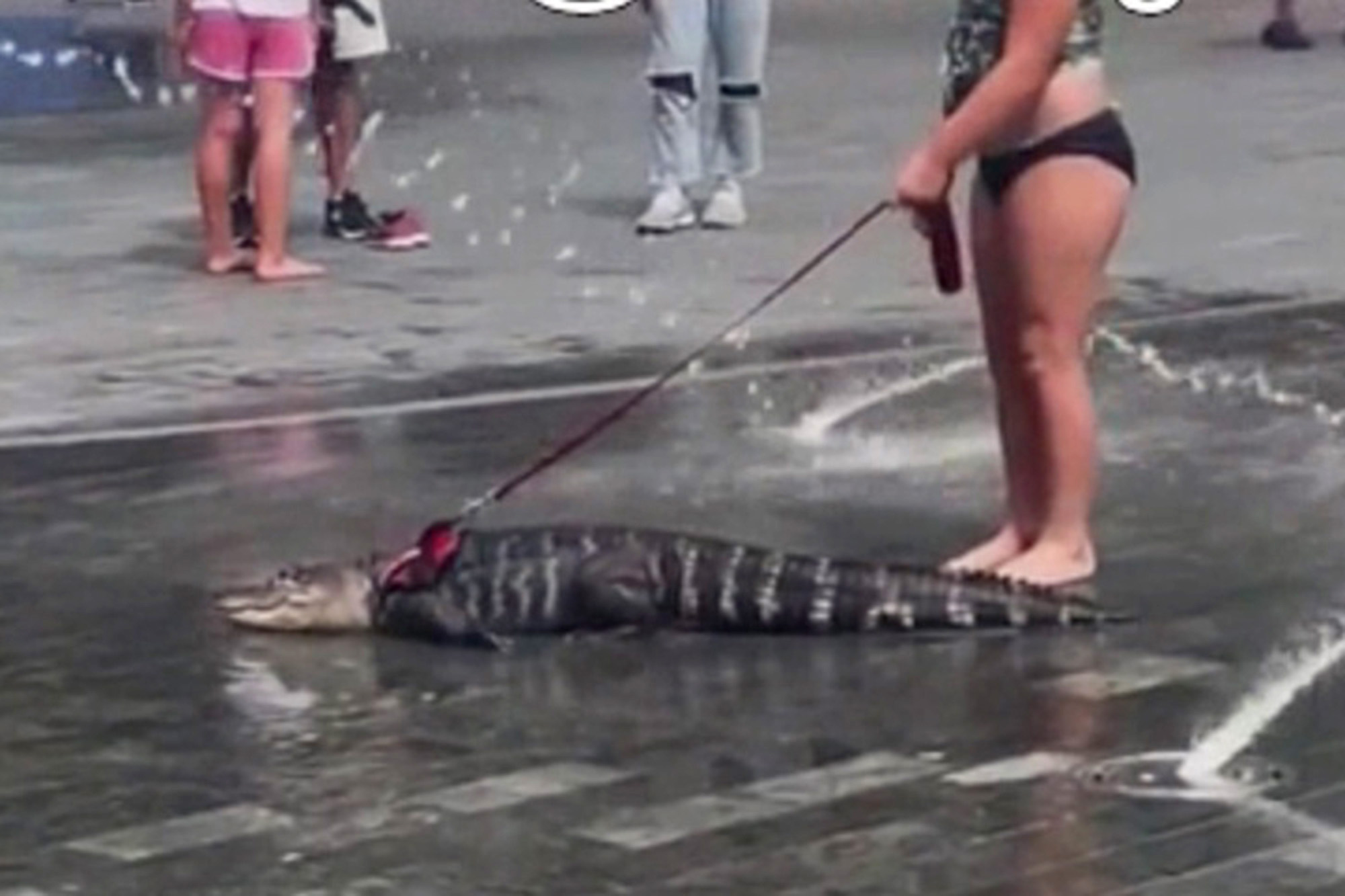 Pennsylvania parkgoers trying to cool off at a fountain got quite the shock when they were joined by a young girl walking an alligator on a leash.

Wild video from LOVE Park in Philadelphia taken Friday shows the child, trailed by the reptile, which lays on its stomach to cool off in a puddle.

The alligator, named Wally, was wearing a collar that also labeled it an emotional support pet.

He was apparently very friendly to others in the park, and let strangers pet him.

Wally is something of a local icon in York, Pennsylvania, which he calls home, the Philly Voice reported.

His owner, Joie Henney, is a reptile lover who has multiple gators. It was not clear who was walking Wally on Friday.

“I went through a real hard depression and he brought me out of it,” Henney once said in an interview about Wally.

“My doctor wanted to give me anti-depression medicine and I refused to take it,” the man said. Instead, he chose to spend time with the gator.

Henney said Wally is federally registered as an emotional support animal, and claims alligators are easier to train than dogs.