Shocking footage has emerged from an NHL-backed hockey tournament of a transgender female player hitting a much-smaller transgender male opponent, who suffered a concussion after hitting the boards head first.

Daniel “Danny” Maki, a transgender man from Minneapolis who plays for the Rainbow Dash, suffered the injury during the Team Trans Ice Hockey Draft, in Middleton, Wisconsin, the Daily Mail reported.

In the clip from the event last month, Maki is seen entering the ice and being bumped by the other player, who then stops to check on him as other players also rush to his side.

“The contact doesn’t look serious on video. But the size diff between players is so great that the female suffers a concussion,” Twitter user Jean Mazeks wrote.

Maki was taken to a local hospital, where he was diagnosed with a concussion.

It was unclear if the incident was an accident.

In an article in the online new magazine Quillette, author Jonathan Kay wrote that he didn’t notice any transgender women deliberately targeting transgender men when he viewed videos from the event — but noted that there were size discrepancies that could pose a danger to some of the players.

“I don’t know how the teams were made,” a rink-side source told Kay. “But any [fan] could see that this couldn’t possibly be fair, and that someone could get hurt—and someone did.”

In his piece, Kay noted the risk of injuries in competitive hockey among biological women, citing research that they have “significantly less isometric strength (49%), neck girth (30%), and head mass (43%), resulting in lower levels of head-neck segment stiffness (29%).”

Maki, who has since recovered, later posted a statement that appeared to downplay what had happened on the ice.

“I’ve been debating if I should post everything about the @teamtransicehockey draft tournament, given the sensitive content, but here goes,” he wrote on social media.

“I Had an amazing time with the wonderful people at the exclusive all trans draft tournament in Middleton, WI the weekend before Thanksgiving,” the player wrote, adding that he was co-captain of his team.

But he then goes on to say that “this is where the sensitive content comes: once out I was playing the puck, and I took a very odd fall into the boards, in which I needed medical attention to make sure my neck and extremities were okay,” Maki added.

He said he suffered a concussion and muscle strains, but insisted he’d “do it all over again.”

Notably, he made no mention of being knocked out by the larger opponent.

Maki’s teammate Mason LeFebvre, his team’s goalie and the tournament’s liaison with the NHL, was reportedly upset by the injury and was seen collapsing in a corner.

After regaining his composure, the coach of another team stepped onto the ice and delivered a pep talk that included slogans such as, “We’re not defeatist,” “We’re not done yet” and “The score doesn’t determine your value,” according to Quillette.

The NHL said in a tweet about the event that it was “proud to support this past weekend’s Team Trans Draft Tournament in Middleton, Wisconsin. This was the first tournament comprised entirely of transgender and nonbinary players, with around 80 folks participating.”

“If trans men are men why aren’t they just playing in a men’s league?” one user wrote.

“Congratulations, you just pulled the Woke Walt Disney for all your Sport! Watch the NHL crumble like a stale cookie. Go woke, Go broke!” another said.

“What a great idea! All sports should have separate trans/NB teams so trans and NB athletes feel safe and comfortable. Schools will have to build new locker rooms but it’s worth it,” a user with an opposing viewpoint countered.

“I’m all for this as I don’t want biological men playing in women’s divisions,” another person added.

The incident is the latest involving transgender athletes to make waves since transgender University of Pennsylvania swimmer Lia Thomas began competing as a woman after transitioning.

Critics have claimed that competing in the NCAA women’s division gave her an unfair advantage because she was biologically born a male.

Thomas won the 500-yard freestyle at the 2022 NCAA Women’s Division I Swimming and Diving Championships earlier this year. 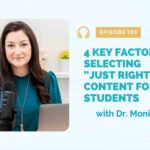 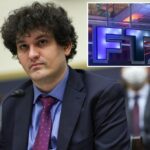