Dramatic video shows the moment a female suspect was seriously injured when she was placed in a cop car parked on train tracks in Colorado and a locomotive struck the vehicle.

A Platteville police officer had pulled over Yareni Rios-Gonzalez, 20, earlier this month in connection with a road-rage incident and stopped his car on the tracks at US 85 and County Road 38 to question her, KDVR reported.

The traffic stop was prompted by a driver who called 911 a few minutes earlier to report that Rios-Gonzalez allegedly tailgated them in her truck and pulled out a gun in Fort Lupton, according to 9NEWS.

Fort Lupton cops and Weld County sheriff’s deputies searched for the suspect, who was spotted by the Platteville officer in his jurisdiction, the news outlet reported.

Two Fort Lupton officers helped the Platteville cop conduct what they considered a high-risk traffic stop and place the woman in the back seat of the patrol car as they searched for a firearm.

The video footage released by cops shows that within a few seconds, a Union Pacific freight train is blaring its horns several times as it approaches the car – but the officers appear oblivious to the sounds, WBTV reported along with the chilling footage.

Seconds later, dash-cam video shows the train slamming the police car and dragging it down the tracks.

“Patrol car was just hit by a train,” the female cop says on the radio. “Send medical! The suspect was in the vehicle that was hit by the train!”

The officers are then seen running to the mangled vehicle.

“There may still might be a firearm in the vehicle, I don’t know if you guys have been through it yet,” a male officer says, adding that it took the injured woman “a long time to pull over.”

The police officer whose vehicle was struck with the suspect inside has been placed on paid administrative leave as the investigation continues, Platteville Police Chief Carl Dwyer told KDVR.

“The town of Platteville continues to work cooperatively with [the Colorado Bureau of Investigation] and [Colorado State Patrol] during their investigation regarding this incident,” he told the news station.

Ed Obayashi, a California sheriff’s deputy who is an expert on police practices, told 9NEWS that officers are responsible for suspects’ safety.

“In other words, since you have assumed control, physical control, over them and their movements, you are by definition responsible to protect them in any situation,” he said.

“I can’t fathom why he would leave his vehicle on the tracks with the subject inside,” Obayashi added. “Why didn’t you move the vehicle off the tracks? That’s going to be the biggest question.” 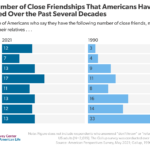 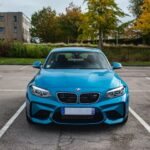