A coastal cliff in Southern California collapsed Friday, sending dirt and rocks onto the beach below it.

Aerial video from FOX 11 Los Angeles showed the debris from the slide crashed into a maintenance vehicle that was parked on the beach below.

No injuries have been reported, and people are being urged to avoid the area.

FOX 11 reported that a golf course sits atop the cliff.

According to a study published in September, the Palos Verdes area is one of the top spots on the California coast for cliff collapses, with coastline retreats happening at a rate of about 16 feet per year. 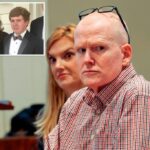 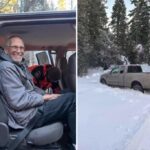