The horrific ordeal unfolded at the Winter Wonderland attraction in Hyde Park on Wednesday night when one of the bungee-style cords supporting the ride’s steel cage appeared to snap in mid-air.

Footage from the scene showed the cage suddenly crashing into a mast and dangling on its side as shocked witnesses looked on.

“We watched it for a while and then as we turned around there was a massive bang and it was hanging on the side – two people on the ride were screaming,” witness Becky Littlewood told the BBC.

“Then it looked like they tried to reset the ride, as [the boys] were being pulled up into the air.”

She added: “Security came running and started pushing us back.”

Emergency services rushed to the scene but the steel cage had already been lowered to the ground when they arrived, police said.

The boys were miraculously uninjured and left the scene after being looked over by medics, cops added.

The Amusement Device Inspection Procedures Scheme — the industry’s regulatory safety body — has blamed the ordeal on a “technical issue” with the ride’s gear-box.

“We can confirm that the elastic cord and the steel wire rope supporting the reverse bungee gondola in which the public sit has not snapped or failed in any way,” they said in a statement.

“We inspected the ride at 07:00GMT [Thursday] and it was found that a technical issue had occurred within a sealed gear-box that controls the release of the elastic cord and steel wire rope.”

A Hyde Park Winter Wonderland spokesperson said all other rides were operating as normal in the wake of the incident. 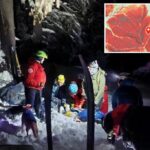 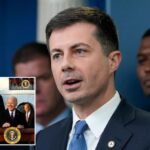