Migos rapper Quavo had been arguing with a group of people at a Houston bowling alley just seconds before his nephew Takeoff was fatally shot, new video shows.

Quavo can be heard calling somebody “disrespectful” and a number of expletives are heard in the 2:30 a.m. footage obtained by TMZ. The rapper also mentions “basketball” at least twice, though some reports claim the altercation broke out over a dice game.

One individual — possibly Takeoff — says “I don’t get down like that!” seconds before gunfire erupts.

A sole shot sent the group running in different directions inside the bowling alley. After several seconds, at least ten more shots, potentially from two guns, were fired in quick succession, the video shows.

Takeoff, also a member of Migos whose real name was Kirshnik Khari Ball, was pronounced dead at the scene.

Additional footage obtained by TMZ showed Quavo and others trying to move Takeoff’s body before they put him back down and shouted for help. Quavo was not injured.

At least two other people, a 23-year-old man and a 24-year-old woman, were injured and drove themselves to local hospitals, Houston Police said. Between 40 to 50 people were at the 810 Billiards & Bowling Houston when the shooting took place.

Police don’t believe Takeoff was involved in any criminality when he was killed early Tuesday morning.

The shooter is still on the loose, Houston police said.

Just one week before his death, the 28-year-old Migos rapper made an eerie statement asking for recognition for his talent while he was still alive.

“I’m chill, I’m-laid back, but it’s time to pop it. I want to get into my flow. Time to give me my flowers. I don’t want them when I ain’t here,” Takeoff said while appearing on the “Drink Champs” podcast alongside Quavo. 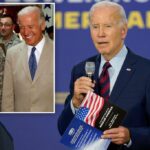 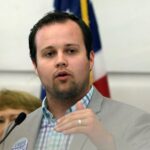