One person appeared to shake a pedestrian suspension bridge moments before it collapsed Sunday, killing at least 141 people in India’s western state of Gujarat.

Gut-wrenching surveillance footage shows at least one person rocking the bridge from side to side moments before its cable snapped, dropping hundreds of people some 30 feet into the Machchhu river.

Video shows the bridge’s walkway dangling over the river after it collapsed. By Sunday night, 177 survivors had been pulled from the river below.

The number of people on the bridge was likely in the hundreds, according to officials. Survivors told the Associated Press the walkway was so densely packed that people were unable to move to safety.

Search and rescue teams from the Indian army, navy and air force were still working Monday to find additional survivors.

Most of the victims of the collapse were teenagers, women and older people. Around 400 people had bought tickets to get onto the bridge Sunday to celebrate the Diwali and Chhath Puja festivals.

The bridge, built by the British in the 1800s in Morbi, was packed with sightseers celebrating the first day of the Gujarati New Year when it collapsed. It had reopened on Oct. 26 following repairs.

Police in Gujarat, where the tragedy occurred, have detained nine people after registering a criminal case against an unnamed group of people responsible for the renovation, maintenance and management of the bridge, Reuters reported.

Gujarat-based electrical appliances maker, Orvea group, was responsible for the bridge’s upkeep for the past 15 years, Sandeepsinh Zala, the chief officer of Morbi municipality, told the wire service.

The company, known for its clocks, allegedly did not follow procedures when reopening the structure, and shouldn’t have sold tickets without restrictions.

“They did not give us any information that they were reopening the bridge,” Zala said. “We have not issued any fitness certificate to them.”

According to The Indian Express newspaper, an Oreva spokesperson said: “While we are waiting for more information, prima facie, the bridge collapsed as too many people in the mid-section of the bridge were trying to sway it from one way to the other.”

Prime Minister Narendra Modi, who was once the chief minister of Gujarat, expressed his condolences to the victims’ families.

“In this hour of grief, the government is with the bereaved families in every manner,” Modi said.

He is expected to visit the town of Morbi on Tuesday. 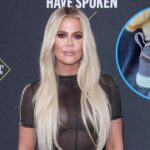 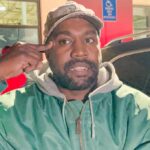