The video was meant to contrast the frantic activity of House and Senate leaders with the inaction of then-President Donald Trump, who reportedly watched the chaos unfold for hours on television at the White House.

“We have got to get … finish the proceedings or else they will have a complete victory,” Pelosi tells someone over the phone as she is escorted to a secure location from the House floor after rioters disrupted the official count of 2020 electoral votes.

The House speaker is then seen huddled in a small room with Reps. James Clyburn (D-SC), Ilhan Omar (D-Minn.), and other others as she plots aloud on how to resume House business.

“There has to be some way we can maintain the sense that people have, that there’s some security, or some confidence, that government can function and that you can elect the President of the United States,” Pelosi says, after which she is informed that everybody on the House floor is putting on gas masks.

“Can you believe this?” a dumbfound Pelosi says.

The nearly seven-minute-long video is spliced with footage of the rioters attacking law enforcement officers and breaking into the Capitol, and it is time stamped as the events unfold.

At one point, Pelosi and Schumer are both seen on the phone with acting Attorney General Jeffrey Rosen, pleading with him to do something about the deteriorating situation.

“They’re breaking windows and going in, obviously ransacking our offices and all the rest of that. That’s nothing. The concern we have about personal harm,” Pelosi said.

“Personal safety is, it just transcends everything,” Pelosi continues.

“Yeah, why don’t you get the president to tell them to leave the Capitol, Mr. Attorney General, in your law enforcement responsibility?” an irate Schumer cuts in. “A public statement [that] they should all leave.”

As CNN coverage plays in the background, Pelosi and other lawmakers make desperate calls to neighboring governors and mayors, asking for additional police and National Guard troops to come to the Capitol and clear the building.

“We’re trying to figure out how we can get this job done today,” Pelosi tells Vice President Mike Pence over the phone at one point. “We talked to [Senate Minority Leader] Mitch [McConnell] about it earlier. He’s not in the room right now, but he was with us earlier and said, ‘Yeah, we want to expedite this.’”

However, Pelosi then warns Pence that it may take days to make the Capitol safe for legislating because of “defecation and all that kind of thing,” in addition to the security concerns.

The speaker later tells more lawmakers that it “could take time to clean up the poo-poo that they’re making” at the Capitol.

Pence later calls Pelosi and informs her that Capitol Police and other authorities have deemed the building safe for lawmakers to reconvene.

The footage was released minutes before the select committee unanimously voted Thursday to subpoena former President Trump at the conclusion of their final hearing before next month’s midterm elections. 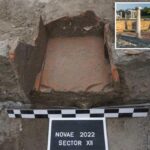 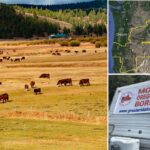