Jack Frost’s nipping at more than just her nose.

Jaw-dropping video footage shows how insanely cold it is in Montana — as a woman reveals the headboard of her bed coated in ice.

Despite living in a heated trailer, Sarah Belle said her bed frame frosted over as temperatures plunged to minus 16 in the state this week.

“You want to know just how cold it is in Montana?” she says in a TikTok video shot Wednesday — before exposing the arctic-looking board behind her pillows.

The frosty footage comes as a cold snap socked the state with dangerously cold temperatures and wind chill as low as -60 degrees Thursday — and as many other Northern US states braced for a powerful pre-Christmas storm.

Belle, who said she moved to Montana this month, later updated the post to say she has at least three heaters inside the trailer. 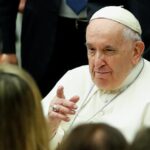 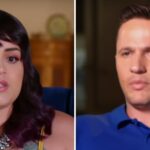