Harrowing video taken inside an aircraft before a deadly crash in Nepal Sunday morning appears to show the plane tilt and erupt in flames as it hits the ground.

The disturbing footage, obtained by TMZ, shows an unidentified man moments before the plane spiraled and crashed into a gorge while trying to land at a newly opened airport in the resort town of Pokhara.

The clip shows the man — reportedly video taping as part of a Facebook Live — sitting in a window seat.

The man then flips the camera from his face to show the cabin and passengers in front of him.

As he changes the view, the plane suddenly tilts to the side, causing some passengers to shriek. The audio then muffles, with video showing a dark, red sky from outside the plane. Flames can be seen through the plane’s window — and quickly take up the entire view until the video ends.

It’s unclear if the man featured in the video had survived the crash that killed at 68.

Some videos showed the plane flying at a dangerously low altitude over a residential area, turning sharply left before a loud explosion; others showed scores of rescue workers, Nepali soldiers and onlookers gathered at the crash site.

Flight operator Yeti Airlines confirmed there were 72 people aboard – 68 passengers and four crew. Among the passengers were 15 foreign nationals, including one Australian, one French, one Argentinian, four Russians, five Indians, two South Koreans and one person from Ireland. Two infants were also on board, the Kathmandu Post reported.

Weather can change suddenly in Nepal — home to eight of the world’s 14 highest mountains, including Everest, that can make air travel difficult.

The crash was the Himalayan country’s deadliest airplane accident in three decades. 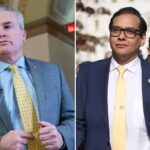 Santos will be removed if he broke campaign finance laws 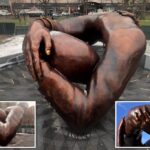