Dramatic video caught the moment a motorcyclist’s gasoline-filled backpack burst into flames when he was Tasered by an Arkansas state trooper after a chase.

Christopher Gaylor, 38, was told to pull over for not having a license plate about 1:20 a.m. Oct. 13 along Asher Avenue near Pine Street in the state capital of Little Rock, 40/29 News reported.

He refused to stop and took off at speeds reaching 100 mph before he finally ditched the motorcycle and fled on foot in North Little Rock, where another trooper caught up with him.

The trooper fired his Taser at Gaylor, whose backpack exploded when a gallon of gasoline inside caught on fire, police said.

The biker was hospitalized and is expected to recover, the news outlet said.

He has been charged with felony fleeing, failure to register a vehicle, no liability insurance, driving with a suspended license and reckless drive.

The troopers involved in the chase face no disciplinary actions. 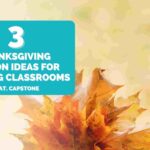