An explicit viral video of a raunchy Texas drag queen show performed in font of a little girl sparked a social media backlash — and has state lawmakers pledging legislative action.

The video filmed by BlazeTV host Sara Gonzalez shows a drag queen lifting her skirt and gyrating while lip-synching lyrics to the song “P—y” by Lady as a confused kid looks on from one of the nearby tables.

The young girl sits in a booth at the at the “Garden of Eden” brunch show in Plano restaurant Ebb & Flow, watching the proceedings as several adult women in her party look on with blank faces.

Gonzalez said on Twitter she attended the show, calling it an “an all ages drag brunch.”

It was not immediately clear if the party with the child had bought tickets for the drag brunch. Social media listings for the event warned of “strong language and suggestive dialogue” that “may not be appropriate for all ages.”

The post was retweeted more than 2,400 times as of Tuesday afternoon and had Republican lawmakers moving to pass legislation.

“A drag show is no place for a child. I am committed to protecting kids from these sick displays,” he went on.

“We will get it done when the #txlege [Texas Legislature] returns in January.”

Texas House Rep. Jeff Leach said it was “unreal this is happening in our state.”

“And if I have anything to say about it, it will be unlawful in short order. #txlege,” he wrote.

One commenter sniped back, “I see ONE KID. Call CPS” with a shrug emoji.

Another asked if that meant they planned to outlaw drag shows, arrest parents or raid homes of people having drag show parties.

One reviewer wrote. “The food is pretty good. The service quite average. They host sexually explicit drag shows in front of children. This is not OK and I will not return.”

Instagram video of two performances filmed at the restaurant on Saturday show performances that include lap dances and cash tossed to the performer.

The invite also comes with a disclaimer and a “viewer discretion” warning.

“This is a ticketed event at a private establishment,” the posting said.

“We believe it is the prerogative of parents/guardians to make decisions regarding the wellbeing of their children.

“If you would not allow your children to see a Rated R movie or watch TV-MA programming, this is not the event for them. Minors must be accompanied by a parent/guardian.” 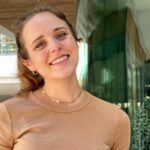 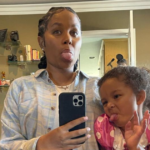