Harrowing video captured the moment an 82-year-old man was attacked by a bull and slammed into a wall during a festival in Spain.

During the frightening incident Sunday at the Bou en Corda (Bull on a Rope) event in Ontinyent, the bull is seen charging the elderly man after he fails to outrun the beast, the clip posted by the Daily Mail shows.

Screams are heard as the man is gored by the animal’s horns and thrown against the wall before falling to the pavement, where he’s seen motionless.

The bull continues its attack before being pulled away from the helpless victim with an attached rope.

The man was rushed to a local hospital in serious condition with head injuries and a cut to the hand.

The Aragonese Spanish tradition involves thrill-seekers trying to take the bull inside houses in the town in Spain’s Vall d’Albaida region.

“The question is not what that old man was doing there, but who put a bull on the public highway and granted permission to the mob to corner him, make him feel afraid and enrage him,” one social media user wrote in Spanish.

“This country is still determined not to enter the 21st century,” the user added.

Six people have been killed this year alone during festivities involving bulls in Spain’s Valencia region. 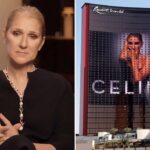 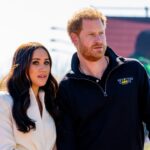