To say Massachusetts resident Raymond Roberts Sr. is a lucky man would be an understatement.

The Vietnam-era veteran has credited his “intuition” with winning the lottery six times in one drawing on Dec. 13 for a total prize of over $2 million.

The Fall River man, who played at the local Royal Liquors store, put the same number on each of the Lucky for Life lottery tickets he bought. He said the digits had special meanings.

They were a combination of anniversary dates and birthdays that he has been playing in multiple games for over 20 years, the lottery said in a press release.

Roberts claimed his prizes last week Thursday. He chose the $390,000 cash option on five of his prizes for a total of $1.95 million before taxes.

The six-time lottery winner — who told lottery officials it was just intuition that made him want to play six tickets with the same number — said he plans on using a portion of his prize money to buy a motorcycle.

The store where Roberts bought the winning tickets has received a total of $30,000 in bonuses from the state lottery. 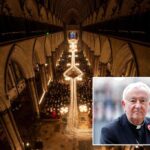 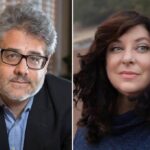