90 Day Fiancé star Veronica Rodriguez is rocking a slim figure, and fans have noticed! The Cuban beauty recently modeled a sports bra in a social media post, and followers are wondering what the TLC alum’s workout routine is.

“Mostly from being able to walk again,” the Florida native replied to a follower in a comment under a November 2022 photo. “I gained most of the weight when I was in a boot for four months.”

Back on a June 2022 episode of 90 Day Diaries, the mom of two detailed that she was in a “nasty car wreck” the previous August.

“I was coming back from taking Chloe back to school shopping, actually. And some guy blew a stop sign and totaled my car,” 90 Day Fiancé: Pillow Talk alum told the cameras. “I broke my foot, I had to have two surgeries, I was in a boot for about three-and-a-half months.”

However, the North Carolina resident revealed the saddest part of the whole situation was the way the lasting consequences of the surgery.

“The way that they fused my bones, won’t allow me to have the same range of motion,” the 90 Day: The Single Life star continued. “So I will probably never wear, like, my six-inch heels again. It’s a little tough pill to swallow.”

The TLC star is known for her relatability with fans and strives to set an example for her teenage daughter, Chloe when it comes to body positivity.

“It’s so funny when I think about how often success is measured by a bigger number = a bigger success,” the reality TV personality shared alongside multiple photos taken seven years apart in June 2021. “We so often define our success with big numbers, so why do we let a bigger pant size or higher number on the scale diminish us?”

“So to whoever may need to hear it, don’t you ever blur your beauty and never ever shrink yourself to fit anyone else’s mold. Take up all the beautiful space your soul deserves and own it queen!” she urged her fans.

Scroll through the gallery below to see photos of 90 Day Fiancé star Veronica’s weight loss journey. 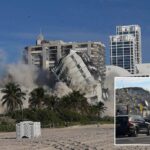 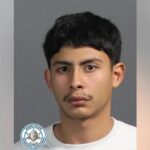