Vatican announced Monday that it has reopened the unsolved missing person case of 15-year-old Emanuela Orlandi, whose mysterious disappearance in 1983 has given rise to a tangled web of conspiracy theories, some of them implicating the Holy See.

Pope Francis’s newly appointed head prosecutor, Alessandro Diddi, will lead the probe into the cold-case mystery that has captivated Italy for the past 40 years.

As part of the renewed push to find out what happened to Orlandi, investigators will reexamine all the files, documents, reports and testimonies associated with the case, promising that it will be a “360-degree job” that will leave no stone unturned, according to Italian newspaper La Stampa.

The move comes just months after the release of a four-part Netflix docuseries, “Vatican Girl: The Disappearance of Emanuela Orlandi,” which reignited the Italian public’s interest in the case.

Also in late December, Orlando’s family asked the Italian parliament to launch a new inquest into the case.

Vatican spokesman Matteo Bruni confirmed Monday that the decision to reopen the case, which was shelved in 2016, was based in part “on the request made by the family in various places.”

A lawyer for the Orlandi family, Laura Sgro, said she had no independent confirmation of the development, which was first reported by Italian agencies Adnkronos, LaPresse and ANSA. She noted that her last Vatican filing on the case came in 2019.

But Sgro welcomed the news, saying: “we have been waiting to be heard for a year.”

Speaking to RaiNews24 Monday, Orlandi’s brother, Pietro Orlandi, who has been leading the charge to have his sister’s missing case reopened, called Prosecutor Diddi’s decision a “positive step” that the Vatican has apparently changed its mind, gotten over its resistance and now will go over the case from the start.

Orlando was the daughter of a lay Vatican official and a citizen of the Vatican City State when on the afternoon of June 22, 1983, she left her home to walk to her flute lesson at Sant’Apollinaire Square in the heart of Rome, never to be seen again.

Her disappearance has been one of the Vatican’s enduring mysteries, and over the years has been linked to everything from a botched plot to kill Pope John Paul II and a financial scandal involving the Vatican bank to the now-defunct Banda della Magliana gang.

The new Netflix documentary about Orlandi examined those scenarios and also provided a new account from a friend who said the teen had told her a week before she disappeared that a high-ranking Vatican cleric had made sexual advances toward her.

The case made headlines in July 2019, when the Vatican ordered the opening of two 19th century ossuaries containing the remains of German noblewomen as part of the search for Orlandi, but no new evidence was found. 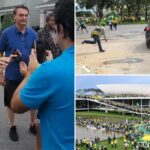 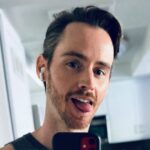