An undergraduate student at Brandeis University was identified Sunday as the person killed in a shuttle bus crash near the college that left 26 other students injured.

Vanessa Mark, 25, died after the bus taking the group back to campus from a hockey game at Northeastern University crashed into a tree Saturday night and rolled over several times, the Waltham Police Department said.

“While Vanessa was currently on leave, she was living in Waltham and was an active and cherished member of the Brandeis community,” university president Ron Liebowitz said in a letter to the school community.

Brandeis canceled classes for Monday and Tuesday, allowing students to process the incident with loved ones ahead of Thanksgiving.

Additional support for students remaining on campus will be made available throughout the week, the university said.

Officials have not shared what caused the bus to crash in Waltham, or the severity of the injuries sustained.

The university said in a statement that 17 of the injured students had been released from the hospital while the rest remained for further treatment.

Video from the scene showed the mangled bus upright in a residential neighborhood with debris scattered around it. The roof of the bus appeared to be heavily damaged and several windows were smashed, the video showed.

Other video showed victims being treated for their injuries, some being carted off in stretchers.

The bus was towed away from the scene around 6 a.m. – over seven hours after the crash took place.

The cause of the crash is under investigation. No charges have been filed. 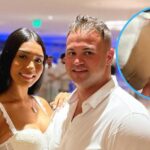 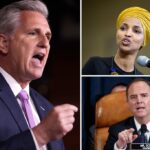