A British man who slit his colleague-lover’s throat desperately tried to cover his tracks after dumping her body — while also researching who’d cut his hair in prison, his trial was told.

Lab worker Ross McCullum, 30, has admitted to strangling Megan Newborough, 23, during a sexual encounter last August — then slitting her throat 14 times, later telling cops he did so “to make sure she was dead,” according to numerous UK reports from his trial.

But he immediately sent “several bogus messages” to “deliberately lay a false trail” and pretend he was worried about her whereabouts, prosecutor John Cammegh said.

That included a text with three kiss emojis calling Newborough “f–king amazing” — sent while her body was still in the front room of the house he lived in with his parents, a BBC court report said.

McCullum eventually bundled the body into his car and dumped it in woodland. When the blond-haired victim’s body was found two days later, “her hair was so saturated in blood it appeared to officers she was redhead,” Cammegh said, according to The Guardian.

He continued texting and leaving voice messages, asking “Did you get back alright baby” and “feigning concern” when she did not reply, Cammegh said — calling it “contrived fakery for the ears of the police.”

He also vainly searched “Who cuts your hair in prison and how do you pay?” according to coverage by The Times of London.

McCullum was initially arrested on suspicion of kidnapping. But he then confessed to killing Newborough, telling cops where to find the body, the UK Times report said.

However, he has denied it was murder, insisting he “lost control” when Newborough made sexual advances, which triggered his PTSD from childhood abuse, according to the Leicester Mercury.

“He has accepted that he unlawfully killed her by strangling her,” his defense attorney, Kerim Fuad, told the court, according to ITV.

But “he did not have, nor could have, any reason, wish or any intention for Miss Newborough to be killed or to be the victim of any unlawful violence, but for the post-traumatic stress disorder that consumed him at that time, in the sitting room,” Fuad insisted. 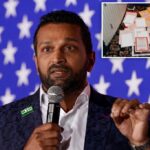 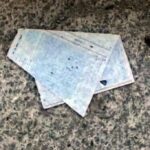 El Paso kids may have to retake SAT after scores lost