The Uvalde, Texas school district suspended its entire police force Friday amid criticism of officers’ delayed response during the massacre at Robb Elementary School in May.

The school district requested that more Texas Department of Public Safety troopers be stationed on campuses in the tragedy-struck town and at extra-curricular activities, ABC News reported.

“We are confident that staff and student safety will not be compromised during this transition,” the district said Friday.

The amount of time that the district’s police department will be suspended was not immediately clear.

Police officers who responded to the shooting were slammed in the wake of the massacre for waiting more than an hour to storm the school, where 19 children and two teachers were slaughtered on May 24.

The school district’s move comes one day after the firing of Officer Crimson Elizondo, who was one of the first cops to arrive at the scene and allegedly botched rescue attempts. 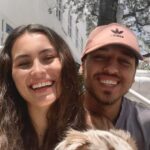 Still Together? See Where They Are Now! 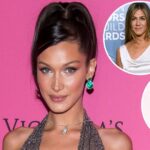