Parents of three children who survived the Uvalde, Texas school shooting have sued the school district, several former officials, the company that manufactured the gun used in the rampage and others.

The lawsuit, filed Wednesday in federal court in Del Rio, Texas, appeared to be the first over the mass shooting, in which 19 children and two teachers were killed in May. The plaintiffs are parents of three children, one of whom was shot and injured and two who were present during the shooting at Robb Elementary School.

“The horrors at Robb Elementary School were only possible because so many in positions of power were negligent, careless and reckless,” said Stephanie Sherman, a lawyer for the plaintiffs, in a statement.

Defendants named in the lawsuit are the city of Uvalde; former police chief Pete Arredondo, who was fired in August amid harsh criticism of the law enforcement response to the shooting; school principal Mandy Gutierrez; Daniel Defense, the manufacturer of the gun used by the shooter; and Motorola Solutions, which allegedly made communications devices used by first responders that failed to work as intended.

The complaint includes claims for negligence and intentional infliction of emotional distress. It seeks unspecified money damages from the individual defendants and the companies.

Uvalde officials faced harsh criticism after nearly 400 law enforcement officers waited outside school classrooms for more than an hour before confronting and killing the shooter. A report from the state legislature blamed “systemic failures” and poor leadership for the response, which it found may have contributed to the death toll. 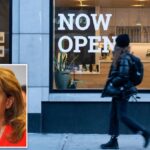 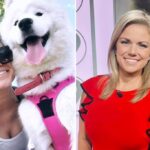