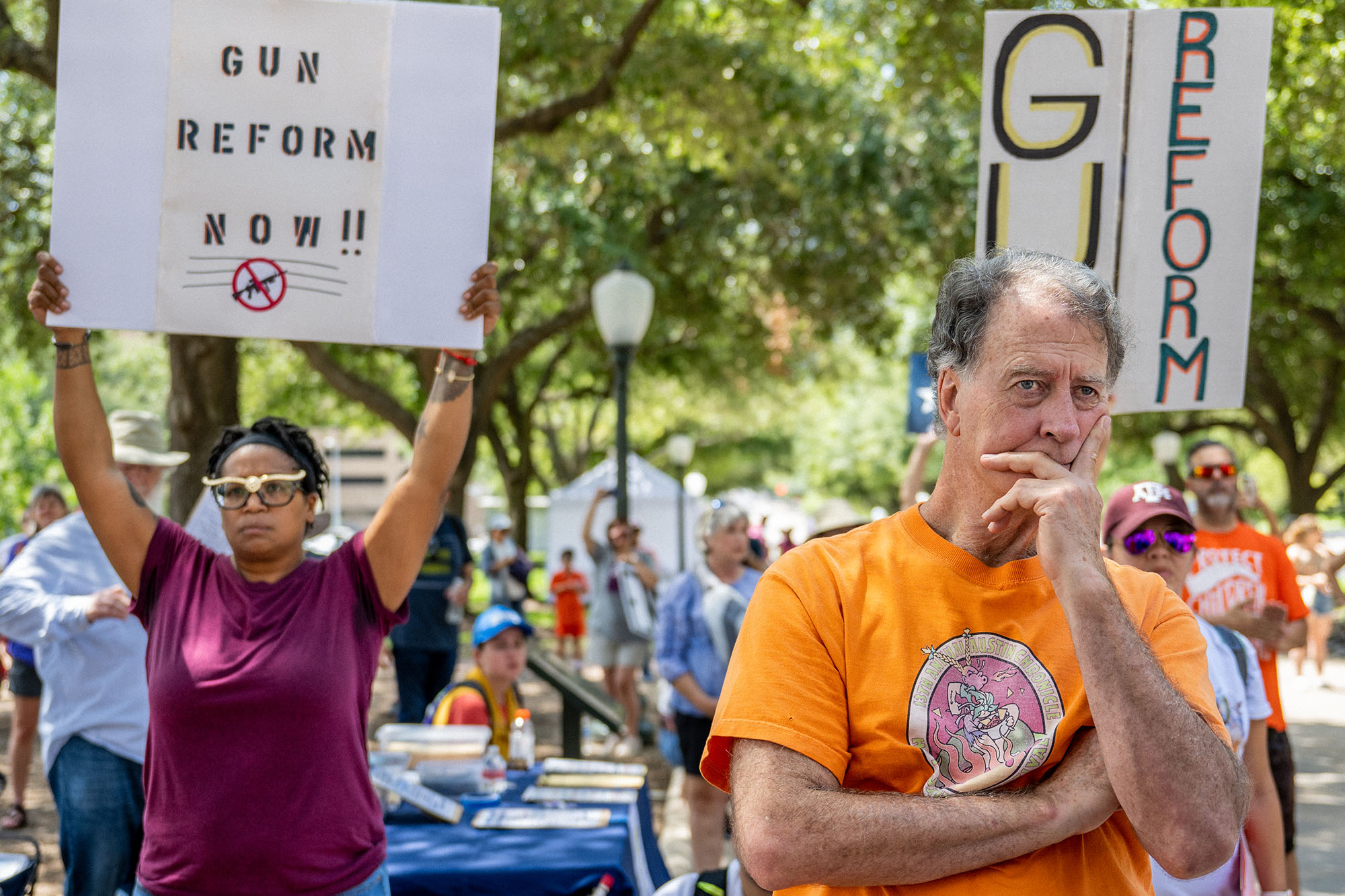 Parents whose children were killed in the Uvalde school massacre played recordings of their dead kids outside Texas Gov. Greg Abbott’s mansion as they demanded action on gun control.

“If we can’t sleep, neither can you!” one parent screamed at the pre-dawn Saturday rally in downtown Austin, the Huffington Post reported.

In between the recordings, the parents shouted their children’s names.

“These are the voices of our children! This is all we have left because you don’t give a damn!” screamed Brett Cross, whose son Uziyah was killed in the May 24 shooting at Robb Elementary School.

The protest was part of a larger effort organized by the gun control group March for Our Lives, which is demanding Abbott reconvene the state legislature to raise the minimum age to by a semi-automatic weapon from 18 to 21.