The University of Virginia student accused of killing three players on the college’s football team and injuring two others had allegedly asked about a video game before the shooting Sunday night.

Gordon McKernan, a family friend of Mike Hollins — who is in critical condition on a ventilator after being shot — told Sports Illustrated the alleged gunman, Christopher Darnell Jones Jr., had waited for his victims to return from a field trip to Washington, DC.

“The suspect, who apparently may not have been a part of the class but was on the trip … he was asking one of the football players about a video game,” McKernan said.

“The guy answered, and at that moment, he pulled a gun and started shooting. The belief from those on board was that he was targeting football players.”

Three students, Devin Chandler of Virginia Beach, Lavel “Tyler” Davis of Dorchester, South Carolina, and D’Sean Perry of Miami, Florida, were all killed in the shooting.

Authorities arrested Jones Jr. — a former Virginia walk-on running back in 2018 — on Monday morning following a 12-hour manhunt. He was charged with three counts of second-degree murder and is being held at Henrico jail.

Hollins was shot in the back and suffered wounds to his abdomen, where the bullet is believed to have exited his body. He underwent surgery Sunday and will have another procedure Tuesday, McKernan said.

“Mike was towards the front of the bus. Mike survived because he was farther away from the shooter,” McKernan said. “The other three were seated closer to the shooter.”

Witnesses on the bus told Hollins’ mother, Brenda, the gunman seemed to specifically be targeting members of the football team, McKernan said.

“The first thing he asked about was his three teammates,” McKernan said.

A motive for the shooting has not yet been determined.

A vigil was held at the college’s South Lawn Monday night, drawing thousands of mourning community members and university students. 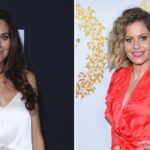 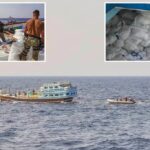 US intercepts 180 tons of explosives between Iran and Yemen