Utah native Shane Adams experienced a number of big life changes over the course of eight years — the same period of time that his beloved horse, Mongo, had been missing from home.

Shane went through a divorce, lost his home and suffered a major brain injury due to a life-threatening car crash. Then, in September, Adams finally received some amazing news: His horse Mongo was found.

“[I thought], ‘There is no way. You have got to be kidding me,’” Adams told Fox News Digital of his reaction to learning the news about Mongo.

“It didn’t even seem real … To have him back is still not real,” he said.

Adams, 40, grew up riding and training horses his entire life, but he had never experienced as strong a bond as he had with Mongo, he said.

“He is very special and has always been a part of my life,” he said.

On March 31, 2014, Adams said an ordinary camping trip in the West Desert — located two hours from Salt Lake City — took a turn for the worse.

He said he heard the rustling of horses in the early morning hours outside his tent and peeked out amid the commotion. He saw Mongo, his half-Quarter and half-Percheron bred horse, breaking loose and running after a group of wild Mustangs in the area.

Adams rushed to get ready and chase after Mongo but was caught up in a snowstorm.

“I thought he’d just come right back. That was his mentality — he never went far. I didn’t think he would ever be gone,” said Adams.

For three years, Adams never stop searching for his horse. Every weekend, he said, he went out looking for Mongo; his father Scott Adams accompanied him.

“I really wish my dad was here to enjoy this,” he said today. “My dad went out looking with me every time.”

Adams got in touch with the Bureau of Land Management in Utah (BLM Utah) and the local brand inspector — and said he did everything he could to ensure people were aware that Mongo was missing.

As time went on, said Adams, he went back to his old job as a foreman for a large construction company. His position required him to be more present and active at work.

“You can’t run a $100-million-dollar job and be gone and only work two days a week because you’re [out] chasing wild mustangs,” he said.

By 2017, Adams had given up hope and concluded that Mongo died. Team members at BLM Utah were also unsure as to what had become of the horse.

“Since we didn’t capture [Mongo] in 2017, we did not know what had happened. We thought maybe he was gone,” said Lisa Reid, public affairs specialist at BLM Utah, headquartered in Salt Lake City.

Then, on Sept. 27, 2022, Adams received a Facebook message request from a BLM Utah employee.

The person said Mongo had been found.

Mongo had been brought in on the last day of gathering on Dugway Proving Ground — a high-security location in Utah — after BLM Utah was granted permission to extend their gather due to the excess amount of horses, Reid said.

She added that BLM’s horse specialist immediately knew Mongo was unlike the horses surrounding him, largely due to his size — and that hunch was further confirmed when he was brought back to the trap site.

Mongo did not try to flee or fight like most of the horses. He settled down quickly, a sure sign of a domesticated horse, said Adams.

BLM Utah’s horse specialist recognized Mongo and remembered the story, according to Reid.

The team then reached out to the local brand inspector after discovering Mongo’s brand on his left shoulder had been covered up with winter fur.

That’s how they were able to acquire Adams’ information. “It was definitely an inner agency effort,” Reid said.

Adams said that when he received the Facebook message, he called BLM Utah.

The next day he drove four hours to pick up Mongo — the horse he hadn’t seen in eight years.

Mongo had lost over 400 pounds and was not as stout as he had been eight years earlier — but Adams knew this was his special friend.

Adams said he expected to see Mongo in a skittish state after years of running with wild mustangs. Yet Mongo didn’t forget the things Adams had taught him.

He even walked right into the trailer Adams had hitched to the back of his truck.

Adams said that reuniting with Mongo was a dream come true and a much-needed victory — “this was really good, the only positive thing to happen to me in two years,” Adams said.

Reid said, “It was exciting to be eight years later and a horse that we knew was missing [had] actually come in and [could be] reunited with his owner.”

Adams said Mongo has enjoyed returning to his domesticated life because it means he gets to enjoy his favorite treat again: Sour Patch Kids.

When asked how his late father would feel about this long-awaited reunion, Adams said, “My dad would be all sorts of excited. He would be tickled pink.”

Adams spends the days watching over Mongo and sharing his love for horses with his two kids, Owen, 11 and Anna, 8. 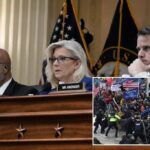 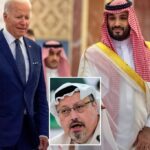 US moves to shield MBS in Jamal Khashoggi killing