Russian men who are fleeing the country to avoid being drafted into Moscow’s war against Ukraine should seek asylum in the US, the White House said Tuesday.

Press secretary Karine Jean-Pierre told reporters at her regular briefing that the response inside Russia to the so-called “partial mobilization” ordered last week by the country’s president, Vladimir Putin, shows “this war that was started by the Kremlin is unpopular.”

“Regardless of their nationality, [people] may apply for asylum in the United States and have their claims adjudicated on a case by case basis,” Jean-Pierre added. “We welcome any folks who are seeking asylum and they should do that.

“What we’re seeing in Russia are the people of Russia who are saying they do not want this war, they do not support Putin’s war,” she went on.

The military call-up, in which the Kremlin seeks to draft some 300,000 men for the fighting in Ukraine — has sparked protests, violence, and a run on Russia’s borders. Airline tickets to the few countries still accepting direct flights from Russia have been sold out for days.

In the southern Russian province of Dagestan over the weekend, a group of women protesting the war chanted “no to war” while chasing police officers and demanding the release of other anti-war protestors. Protests continued in Dagestan Monday and included frequent clashes with police.

In Ryazan, 100 miles southeast of Moscow, a man lit himself on fire Monday while shouting that he did not want to go to war.

The government of Kazakhstan, a former Soviet republic that shares a large southern border with Russia, said Tuesday that roughly 98,000 Russians had come to the country in the week since the mobilization was announced.

Kazakh President Kassym-Jomart Tokayev said his government would not send Russians who had been drafted into the military back across the border.

“We must take care of them and ensure their safety,” Tokayev said Tuesday. “It is a political and a humanitarian issue.”

Morale among the Russian military has been suffering since the early stages of the war, and forcing its citizens – many of whom have no military training – to join the fight likely won’t help, Pentagon spokesman Air Force Brig. Gen. Patrick Ryder said Tuesday.

“We’ve seen them struggle with logistics, we’ve seen that struggle with sustainment and troop morale,” Ryder told reporters. “Now with this mobilization, it’s an effort to address the overall manpower challenges that the Russian military is facing, and it adds another level of complexity to an already challenging systemic situation when it comes to employing these troops.”

Since the first weeks of the war, Russia has struggled to keep their forces motivated while failing to equip them with basic needs such as food and fuel, Ryder added. 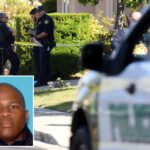 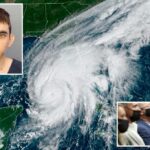