Federal officials tallied more than a quarter-million migrant encounters at the US-Mexico border last month — the highest monthly total ever recorded, according to a quiet Friday-night data dump from US Customs and Border Protection.

The number was even greater than the peak in 2022’s historic year, when migrant encounters hit 241,136 in May, at the start of the typically busier summer months.

Republicans, already furious over the spiraling migrant crisis, were aghast.

The “after dark” release itself had Republicans crying foul.

“It’s no surprise we get our most important information from DHS on a Friday after dark. The Southwest border is an unmitigated disaster.”

Republicans introduced articles of impeachment against Homeland Security Secretary Alejandro Mayorkas this month for failing to maintain control of the nation’s southern border.

December was characterized by uncertainty over the elimination of Title 42, a Trump-era policy that allows Border Patrol agents to return migrants to Mexico in order to combat the spread of COVID-19.

Thousands of migrants began to cross the border as the policy was set to end last month, before the order was put on hold by the Supreme Court.

The month’s influx comes after the record-breaking fiscal year 2022, in which more than 2.4 million migrants crossed the border.

El Paso, Texas, which has seen an influx of thousands of migrants in recent weeks, declared a state of emergency to deal with the border crisis. 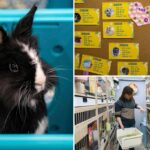 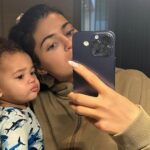