Two top Biden Administration officials met face-to-face with Taliban leaders Saturday for the first time since July, when al Qaeda leader Ayman al-Zawahiri was killed in an American strike in Kabul, according to a report.

The CIA and State Department did not officially comment on the meeting.

The US broke off direct talks with Afghanistan’s ruling faction after learning that they had been harboring al-Zawahiri, the architect of the September 11 attacks, in the Afghan capital for months — a clear violation of the Doha Agreement, in which the Taliban promised that Afghanistan would not shelter al Qaeda members.

The terror leader was killed in his luxe Kabul apartment by a US drone strike July 31 — but his presence in Afghanistan drew sharp criticism from Republicans.

“The American people were lied to by President Biden,” charged Rep. Michael McCaul (R-Texas), the top Republican on the House Foreign Affairs Committee.

“Our chaotic and deadly withdrawal from Afghanistan opened the door for al Qaeda to operate freely inside the country to conduct external operations against the United States and our allies again,” McCaul said.

In August, the White House halted the transfer of $3.5 billion — some of the Afghan government funds held frozen in US banks — to the Taliban as a sign that American trust had been broken. 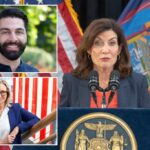 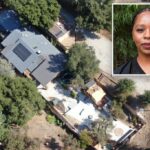