WASHINGTON – The US will send Ukraine another $400 million in weapons from Pentagon stocks, the 25th military aid package approved by President Biden since the summer of 2021, the Pentagon announced Thursday.

The latest tranche will include several items not seen in previous shipments, including four Avenger air defense systems and an undisclosed number of missiles for HAWK air-defense systems.

The aid announcement came as Russia said it began withdrawing troops from the strategic Ukrainian city of Kherson in the southeast. Kyiv’s forces were cautiously advancing on the city, with presidential adviser Mykhailo Podolyak saying Russia had troops laid mines throughout Kherson as they pulled out to turn it into a “city of death.”

Army Gen. Mark Milley, chairman of the Joint Chiefs of Staff, said Wednesday he believed a retreat was underway but added that Russia had amassed up to 30,000 troops in Kherson and a full withdrawal could take several weeks.

Arkadiy Dovzhenko, who fled Kherson in June, said his grandparents told him Thursday that “the Russians were bringing a lot of equipment into the town and also mining every inch of it.”

The HAWK surface-to-air missiles will be used with six HAWK launchers Spain recently pledged to Ukraine. The first four were delivered last week, and Spanish Defense Minister Margarita Robles announced the other two on Thursday.

“I can tell you that two more launchers will be sent. This is in response to a very specific request made to us by NATO and Ukraine,” Robles said.

Avengers are the Army’s favored shoot-on-the-move air-defense systems due to their lightweight and easily moveable nature. Avengers can fire eight Stinger missiles at once, which are otherwise typically launched individually using shoulder-mounted launchers.

The US has sent Ukraine more than $19.3 billion in military and other aide since Biden took office in January 2021. All but $700 million of that total has been dispatched since the Russian invasion began. 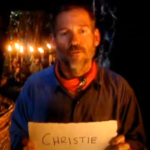 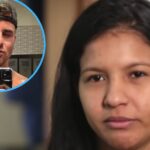