The Biden administration hit the Kremlin with a new round of sanctions Friday, hours after Russian President Vladimir Putin announced the annexation of four Ukrainian provinces in a rambling, ranting address.

The sanctions sought to impose “swift and severe costs” on Moscow for its “fraudulent and unlawful annexation” of Ukrainian territory, the White House said.

“In response to Russia’s phony claims of annexation, the United States, together with our Allies and partners, are announcing new sanctions today,” Biden continued. “These sanctions will impose costs on individuals and entities — inside and outside of Russia — that provide political or economic support to illegal attempts to change the status of Ukrainian territory.”

The punishment also affects 14 international firms identified as being part of the Russian military’s supply chain.

The US Treasury and State Departments also announced sanctions on relatives of members of Russia’s security council, including the wife and adult children of Defense Minister Sergei Shoigu — who was directly affected by earlier rounds of sanctions. 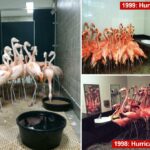 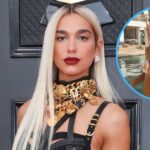