WASHINGTON – The US is finalizing plans to send Ukraine a Patriot missile defense system in what would be Washington’s biggest contribution yet to Kyiv’s air defense against Russia, according to CNN.

Under a regular barrage of Moscow missile and drone strikes, Ukraine has been asking the US to send the advanced long-range air defense system to protect the skies above the country.

Patriot systems are highly effective at intercepting ballistic and cruise missiles, as well as aircraft. Their long-range capability allows users to strike down incoming threats well before they reach their targets.

“In light of Russia’s cruel and continued heavy bombardment of innocent civilians and civilian infrastructure in Ukraine, we’ll continue to have those discussions and look at capabilities that they’ll need to defend their territory,” said Ryder — who did not deny that sending Patriot systems was under consideration.

“We will look at a full spectrum of security assistance and defensive capabilities that are available within our common inventories when we consider Ukraine’s needs,” he said. “As a matter of policy, we’re not going to preview or discuss potential or speculate on any security assistance prior to any type of announcement.”

The US has previously moved Patriot batteries to countries neighboring Ukraine, such as Poland, to help protect NATO members from potential Russian attack. Such batteries typically include radar systems to track targets, an engagement control station and up to eight launchers that can each hold four missiles ready to fire at a moment’s notice.

Ukraine has been pleading with the US and other NATO nations for help defending its airspace almost since the initial invasion by Russia Feb. 24, first calling for a no-fly zone over the country and later for donations of the Patriot systems and fighter jets.

The US so far has rejected all three requests, but in July pledged eight National Advanced Surface-to-Air Missile Systems (NASAMS), which are used to protect the White House.

President Joe Biden last talked with Zelenskyy on Sunday, a conversation the Ukrainian president described as “fruitful” in a post to Twitter that day.

In all, the US has sent Ukraine more than $19.5 billion in military and other aid since Biden took office in January 2021, with the most recent $275 million security assistance package announced last week.

All but $700 million of the $19.5 billion has been dispatched since the Russian invasion began. 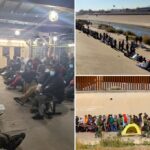 Hundreds of migrants forced to sleep on streets of El Paso 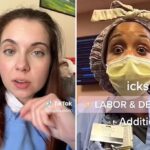