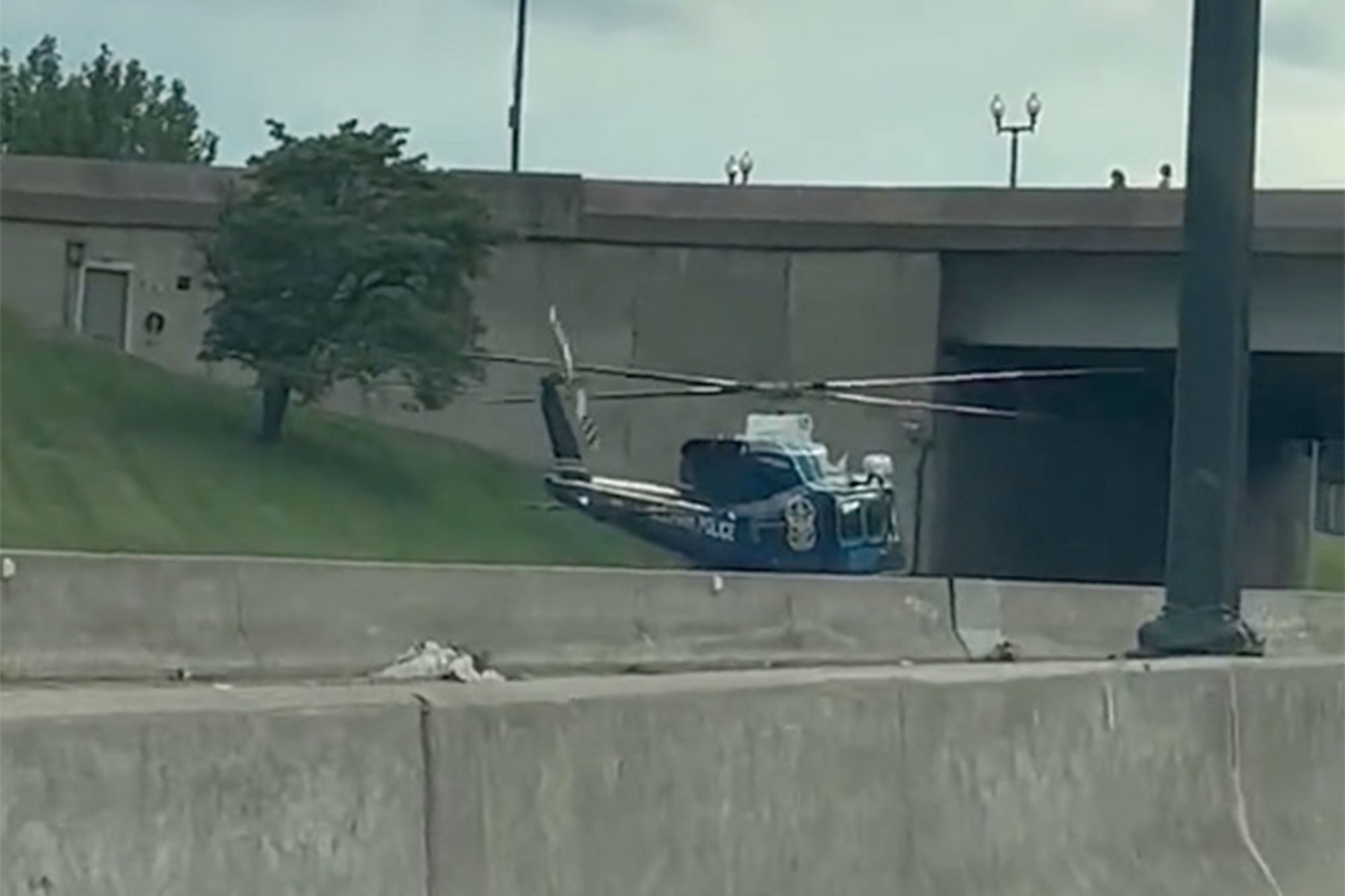 A United States Park Police helicopter landed in the middle of a Washington D.C. highway on Wednesday evening to rescue a Parks Police motorcycle officer who crashed his bike.

The motorcycle officer crashed on I-395 near Maine Avenue around 6:30 p.m. and a USPP Eagle helicopter responded to transport the officer to an area hospital, USPP told Fox News.

The cop was being treated for non-life-threatening injuries, the agency said.

No other vehicles were involved in the crash but the rescue caused several traffic delays in the area.

Video taken by a driver on the opposite side of the freeway shows the helicopter land on the pavement with its blades still spinning. There’s a visibly heavy police presence in the area as traffic on the side of the crash is halted.

USPP currently has 20 assigned motorcycle officers, two sergeants and one lieutenant in the D.C. metro area, according to Fox.

The motorcycle officers are required to ride year-round and work closely with other agencies such as the Washington D.C. Metropolitan Police, the Secret Service and the State Department to escort the president and vice president.

Las Vegas considering curfew for people under 21 after recent shootings