A veteran of the US Navy was released Thursday after nearly a year in Russian custody, his family said.

Taylor Dudley, 35, was detained in April 2022 after he crossed from Poland into Kaliningrad — a detached exclave of Russian territory between Poland and Lithuania.

The Lansing, Michigan, native had been in Poland attending a music festival, and it is not clear why he crossed the border into Russia.

His release, which was first reported by CNN, was brokered by the Richardson Center for Global Engagement, a non-profit led by former diplomat and New Mexico Gov. Bill Richardson.

“Earlier today, Russian authorities released American Citizen Taylor Dudley, a 35-year-old Navy veteran, across the Polish border to Gov. Bill Richardson, his team, and a representative from the US Embassy in Warsaw,” Jonathan Franks, a spokesman for the Dudley family, told the outlet.

“[T]he Richardson Center worked on diligently and quietly [on Dudley’s release] for more than 6 months with significant assistance from the Steve Menzies Global Foundation, from Hostage US, and from the James Foley Foundation,” he added. “The family will be forever grateful for the work of all three.”

Richardson confirmed the release to CNN, and acknowledged the work of the US State Department and the embassy in Warsaw in getting Dudley out of Russian custody.

“After six months of intensive work, it’s great to see this release of Taylor Dudley happen,” he said.

“We worked it hard in Moscow and Kaliningrad and first raised it during our meetings with Russian officials on Brittney Griner and Paul Whelan and Trevor Reed.”

Reed, a US Marine veteran who spent some 1,000 days in Russian custody, was swapped for a convicted Russian drug trafficker in April.

Griner, a WNBA star convicted in a Russian court for bringing cannabis oil through a Moscow airport in February, was released late last year in a swap for notorious Russian arms dealer Viktor Bout.

The Richardson Center said Thursday that no prisoner exchange had been made for Dudley’s release.

Dudley’s detention had not been classified “wrongful” by the US State Department. His detention was also not widely publicized as his family wished to keep negotiations private.

Several US citizens, including Whelan, are still in Russian captivity. The Marine veteran has been held by Russia on espionage charges for over four years. 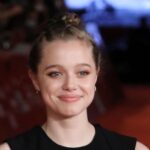 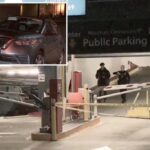