The US Navy has announced they will be naming a new American-class landing helicopter assault ship (LHA), the USS Fallujah, as a homage to the two bloodiest battles of the War in Iraq.

“It is an honor to memorialize the Marines, Soldiers, and coalition partners that fought valiantly and those that sacrificed their lives during both battles of Fallujah,” Secretary of the Navy Carlos Del Toro said in a press release on Tuesday.

The US Navy has yet to release any information about when the USS Fallujah will be commissioned, but the ship will be designed to support Marine Corps operations.

Ships like the USS Fallujah are unique to the US Military and are called upon mostly to support humanitarian issues and missions around the globe on short notice.

The US military and its coalition partners fought two strenuous battles in the Iraqi city of Fallujah in 2004, with both of them considered to be two of the bloodiest of the entirety of the war in Iraq.

In April of 2004, US forces launched a mission within the city of Fallujah in an effort to kill or capture insurgents that they believed were responsible for the killing of US military contractors.

The second battle, which took place between November and December of that same year, was an effort by the US military to take back full control of the city after insurgents were able to retake ground previously lost during the first battle.

The combination of both battles is considered the most hard-fighting and bloodiest battles of the Iraq War, as troops fought house-to-house in intense urban warfare. Over 100 troops from the US and coalition forces were killed during both engagements.

Aside from the death toll, nearly 600 service members were wounded in both battles of Fallujah.

The new America-class amphibious assault ship will commemorate and honor those who fought and died in the battle.

The new LHA-9 will become the fourth ship of its type in the US Navy.

“This namesake deserves to be in the pantheon of iconic Marine Corps battles and the LHA’s unique capabilities will serve as a stark reminder to everyone around the world of the bravery, courage, and commitment to freedom displayed by those who fought in the battle.” 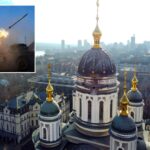 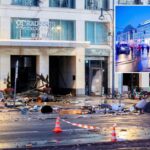