The US and Germany will send front-line combat vehicles to Ukraine in its war with Russia — joining France in the effort to bolster the beleaguered nation.

“Dozens” of Bradley armored fighting vehicles will be included in the latest American aide package, sources told the Associated Press Thursday ahead of a detailed announcement expected on Friday.

President Biden confirmed the shipment of Bradleys Thursday in a readout of his call with German Chancellor Olaf Scholz. Germany is also expected to provide Ukraine with a compliment of Marder fighting vehicles, which serve a similar role to the American-made Bradley.

The Bradley — which uses tracks and has a main turret like a tank, but is lighter and less well armed — is designed to serve as a fortified personnel carrier and reconnaissance vehicle.

The announcement that the US and Germany would provide the armored vehicles to Ukraine comes a day after France announced it would give Kyiv AMX-10 RCs — lightly armored wheeled vehicles that carry a cannon large enough to destroy tanks.

The US has previously sent Ukraine older personnel carriers like the Vietnam-era M113.

The influx of Western armor comes as the battle lines have ossified in much of the country, with neither Russia nor Ukraine making significant territorial gains, despite bloody fighting in the east.

Ukraine, which currently fields tanks based on older soviet designs, has previously asked for shipments of NATO main battle tanks, such as the US-made M1 Abrams or the German-made Leopard-2.

Kyiv’s heavy armor units have been resupplied since the start of the war with Soviet-era tanks provided by Poland and the Czech Republic — both former Soviet satellite states — as well as with Russian tanks captured in battle. 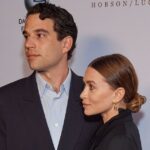 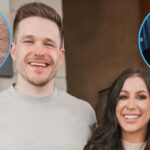 How to Watch Shows, More