The State Department has warned Americans in Russia with dual citizenship to leave immediately so they are not forced to fight Vladimir Putin’s war in Ukraine.​​

The US embassy in Moscow issued a security alert on Tuesday advising personnel of Putin’s efforts to draft Russians to fight in the seven-month-old war. ​

“​On September 21, the Russian government began a mobilization of its citizens to the armed forces in support of its invasion of Ukraine​,” the alert said. ​

“​Russia may refuse to acknowledge dual nationals’ U.S. citizenship, deny their access to U.S. consular assistance, prevent their departure from Russia, and conscript dual nationals for military service​,” it said.​

The embassy noted that commercial flights out of the country are “extremely limited” and “often unavailable on short notice.”​

“​Overland routes by car and bus are still open. If you wish to depart Russia, you should make independent arrangements as soon as possible. The U.S. Embassy has severe limitations on its ability to assist U.S. citizens, and conditions, including transportation options, may suddenly become even more limited​,” it said.​

It also warned Americans against traveling to Russia and advised those living in the country to “depart Russia immediately while limited commercial travel options remain.”​

The embassy noted that the rights to peaceable assembly and free expression are not guaranteed in Russia, advising Americans to avoid anti-mobilization protests. ​

“​Russian authorities have arrested U.S. citizens who have participated in demonstrations​,” it noted. 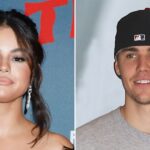 Selena Gomez and Justin Bieber’s Song Lyrics About Each Other