These war games, conducted by the Center for Strategic & International Studies (CSIS), went through 24 scenarios of what an invasion could look like.

In the first three weeks of the invasion, more than 3,200 U.S. forces would be killed in action, about half as many casualties as the 20 years of war in Iraq and Afghanistan. This excludes casualties that might occur in other theaters like the South China Sea. China would suffer the most casualties, losing about 10,000 in combat during the first three weeks of their invasion. An overwhelming majority of the 30,000-plus Chinese survivors on Taiwan would likely become prisoners at the end of combat, according to the report.

Mark Cancian, the author behind the war game report, said the U.S. needs to do more to bolster Taiwan’s security in the Pacific, saying the U.S. cannot send weapons after the invasion like it did in Ukraine. ”Chinese air and naval capabilities are strong enough that they can prevent any reinforcements from getting on to Taiwan. So, Taiwan will need to have all of its equipment before the conflict begins,” Cancian told Fox News.

Cancian said the U.S. needs to speed up its military shipments to Taiwan, specifically long-range bombers with long-range anti-ship missiles. “Our inventory of those missiles is very shallow. We run out in just a couple of days. We need to build a lot more of those,” he warned.

Ninety percent of the coalition’s aircraft would be lost to Chinese missile attacks on the ground and not in the air. Cancian stressed building hardened shelters to protect the aircraft would be very important, calling out Andersen Air Force Base in Guam for having no hard shelters to provide protection for the aircraft. “The Chinese missiles would devastate those aircraft,” he said.

Japan is a crucial part of Taiwan’s defense. The U.S. has bases on Japan, home to its attack aircraft. “They have relatively short legs. They need to get close to be able to affect the fighting over Taiwan. So the connection with Japan is absolutely critical to defending Taiwan,” Cancian said.

Japan’s Prime Minister Fumio Kishida met with President Biden in the Oval Office of the White House on Friday as fears mount that China could have the capability to invade Taiwan in the coming years. “Japan and the United States are currently facing the most challenging and complex security environment in recent history,” Koshida told Biden.

Kishida was accompanied in Washington by his foreign and defense ministers. The delegation hammered out plans to construct runways on uninhabited Japanese islands closer to Taiwan. Japan announced it would buy more Tomahawk missiles and long-range cruise missiles from the U.S.

Japan has committed to a historic increase in defense spending, 2% of GDP in the next five years, making it the third-largest defense budget in the world. This is a major break from Japan’s pacifist military strategy after World War II.

The U.S. and Japan announced a new security agreement in space and a smaller, more advanced Marine Corps regiment with advanced intelligence and anti-ship missile capabilities to be stationed in Okinawa, Japan.

The 12th Marine Regiment already on Okinawa will transition to become the 12th Marine Littoral Regiment by fiscal year 2025. Although no new units will be added to Okinawa under the agreement, it will transform the 12th Marine Regiment into a smaller, more rapidly mobile unit. It includes a combat team with an anti-ship missile battery, a logistics battalion and an air defense battalion. This would lessen the number of Marines on Okinawa, which is currently about 3,400 Marines and sailors, to about 2,000. “The idea is that it will be able to contribute to this air naval conflict in the Western Pacific,” Cancian said.

After a 2+2 meeting featuring Secretary of State Antony Blinken and Defense Secretary Lloyd Austin and their Japanese counterparts on Wednesday, Austin explained this Marine regiments new capabilities. “We will equip this new formation with advanced intelligence surveillance, surveillance and reconnaissance, as well as anti-ship and transportation capabilities that are relevant to the current and future threat environments,” he said.

The war games helped bring China’s capabilities to the forefront in an unclassified space. “For a long time, Chinese military capabilities were not very impressive. Their air and naval power in particular were weak,” Cancian said. “That’s not true now. They built both of these up to a substantial amount. So reinforcing these U.S. capabilities is going to be important.” 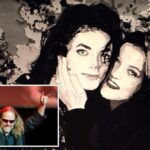 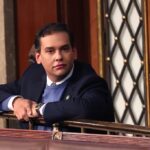 George Santos got a six-figure sum for Ponzi scheme: report