The Wednesday operation led to the killing of Rakkan Wahid al-Shammri, who facilitated the illegal movement of weapons and fighters to support the terror group’s gruesome aims, according to CENTCOM.

US forces also injured one of al-Shammri’s associates and detained two others.

The raid was among the largest the US has conducted in Syria since the mission that killed then-ISIS leader Abu Bakr al-Baghdadi in 2019. Unlike airstrikes, raids involve American boots on the ground in hostile territory.

No troops or civilians were injured or killed in the operation, which took place outside the village of Qamishli near Syria’s border with Turkey. No American equipment was lost or damaged, according to CENTCOM, which oversees US military operations in the Middle East from its headquarters in Florida.

“[CENTCOM] is committed to our allies and partners in the enduring defeat of ISIS,” spokesman Col. Joe Buccino said in the statement.

The US has gone after several ISIS officials this year, including a February raid in northwest Syria during which then-ISIS leader Abu Ibrahim al-Hashimi al-Qurayshi killed himself with explosives.

In July, an American drone strike killed Maher al-Agal, who was then the leader of ISIS in Syria. 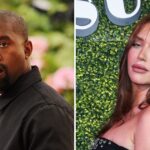 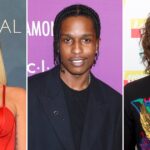