Two American college students, both 20, were identified Sunday as being among the 153 people killed in a stampede during Halloween festivities in Seoul, South Korea.

Georgia native Steven Blesi, who was spending the semester studying abroad in the South Korean capital, and Anne Gieske, a nursing student in her third year at the University of Kentucky, died in the crowd surge Saturday night.

“I texted him maybe a half-hour before all this happened, and I said, ‘I know you’re out and about. Be safe,’” Blesi’s dad Steve Blesi told The New York Times. “I never got a reply to that.”

The distraught dad, who spent Saturday night frantically trying to get in contact with Steven, received a call from the US Embassy in South Korea confirming his son had died during the Halloween celebration in the Itaewon district.

“It was like your world just collapsing. It was numb and devastating all at the same time.”

His son was about two months into a semester studying abroad at Hanyang University in Seoul. He had an interest in pursing international business in East Asia after graduation.

Steven had recently wrapped up midterms and was out celebrating with friends Saturday when they came across the massive Halloween celebration, the first in two years post-COVID restrictions. He and his friends were among the 100,000 revelers out partying in the popular nightlife district.

“We have been in contact with Anne’s family and will provide whatever support we can — now and in the days ahead — as they cope with this indescribable loss,” Capilouto said.

Gieske had celebrated her 20th birthday in Seoul the day prior, according to Fox 19.

Officials in Seoul, South Korea said Sunday that 26 of the victims were foreign nationals, including at least two Americans. Over 80% of the dead were in their 20s and 30s, and at least four were teenagers. Ninety-seven of the dead were women and 56 were men.

Videos posted online showed people in costumes being pushed through the narrow streets. Some appeared to climb walls on either side to avoid being crushed.

Other videos and photos taken at the scene show body bags, emergency responders performing CPR and rescuers pulling unconscious people out of the crowd. Partygoers who didn’t know CPR were taught on the scene in attempts to save more lives — though many died before they could be helped.

On Saturday night, Blesi’s father had shared a photo of his son on Twitter, writing: “Our son was in the area of stampede in Seoul, we still have not heard from him. Authorities are trying to help. If anyone has any news please share.”

The grieving father described his son as someone who loved basketball and travel.

“He was an adventurous spirit and a loving spirit. That’s the only way I know how to describe him,” told the Times. “And the loss is just unbearable.” 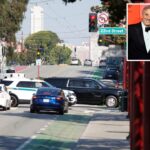 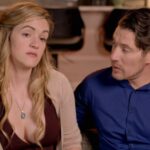