A ship being tracked off Hawaii’s coast is believed to be a Russian intelligence vessel, the US Coast Guard said on Wednesday.

“In recent weeks, the U.S. Coast Guard has continued to monitor a Russian vessel, believed to be an intelligence gathering ship, off the coast of the Hawaiian Islands,” the Coast Guard said in a press release.

While the area off the coast of Hawaii, known as the US economic exclusive zone (EEZ), is open for international ships to pass through, some foreign military ships have been known to linger off the coast.

A Coast Guard official said the Russian ship is being monitored and multiple agencies are discussing strategies to keep maritime peace.

“The U.S. Coast Guard is currently monitoring the Russian vessel operating in the vicinity of Hawaii,” said Commander Dave Milne, chief of External Affairs. “As part of our daily operations, we track all vessels in the Pacific area through surface and air assets and joint agency capabilities.”

“The Coast Guard operates in accordance with international laws of the sea to ensure all nations can do the same without fear or contest. This is especially critical to secure freedom of movement and navigation throughout the Blue Pacific,” Milne added.

Russian presence off the coast of North America is not unusual as several ships have been spotted over the past few years including a Russian naval vessel near Alaska last September. A month earlier, NORAD detected Russian surveillance planes flying in Alaska’s defense zone. 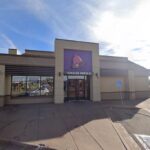 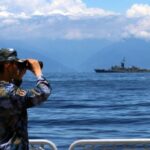