A US citizen killed at least three prostitutes in Mexico and is on the loose after he slipped back across the border in San Diego, an official said.

The suspected serial killer – whose name hasn’t been released – allegedly picked up sex workers in Tijuana bars and clubs then lured them to local motels, according to NBC San Diego.

The alleged murderer had sex with the workers, beat them and killed them, Baja California Attorney General Ricardo Carpio said, according to a translation by the station.

“If someone threatens the lives of our citizens, of our women, then they will have a serious problem with our justice system,” Carpio said.

The killings took place in Zona Norte, a red light district along the border known for licensed sex workers and strip clubs.

The killer may have more victims, he added.

An arrest warrant has been issued for the suspect, who has crossed back into the US in San Diego at an unspecified time, Carpio said.

“There was work done regarding sharing information between our homicide department and the institution’s strategy department,” the prosecutor said, according to the station’s translation. “They were able to determine that this suspect attacks vulnerable, lonely victims and lures them with lies.”

It wasn’t clear which US agencies were involved in the investigation.

“Without a doubt, we will capture him and transport him back here to Tijuana,” Carpio said, according to NBC. Officials have taken steps to “neutralize” the alleged killer’s prowling south of the border, according to Marca.com.

Authorities haven’t disclosed details of the specific victims or circumstances of their death beyond Carpio’s statement. 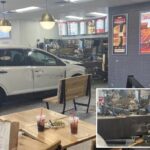 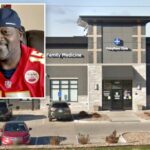