The United States will be accelerating its plan to locate upgraded nuclear weapons in European NATO bases as Russia continues to threaten Ukraine, according to a report.

Politico reports, citing various sources familiar with the issue, that U.S. officials told NATO allies during a closed-door meeting that an upgraded B61-12 air-dropped gravity bomb initially scheduled to be transported to Europe next Spring, will now arrive this December.

Pentagon spokesman Brig. Gen. Patrick Ryder told the outlet the “modernization of US B61 nuclear weapons has been underway for years and plans to safely and responsibly swap out older weapons for the upgraded B61-12 versions is part of a long-planned and scheduled modernization effort.”

“It is in no way linked to current events in Ukraine and was not sped up in any way,” he said of the process, but not the accelerated timeline.

The B61 nuclear gravity bomb was first entered into the service in 1968 and has undergone multiple modifications, including improvements to its safety, security, and reliability in recent years.

The latest life extension program replaced old models to be more accurate and compatible with newer aircraft, according to the National Nuclear Security Administration, which falls under the Department of Energy.

“The B61-12 LEP is refurbishing, reusing, or replacing all of the bomb’s nuclear and non-nuclear components to extend the service life by at least 20 years,” the NNSA said in December last year.

“The B61-12 LEP is critical to sustaining the Nation’s air-delivered nuclear deterrent capability. It will be air-delivered in either ballistic gravity or guided drop modes and is being certified for delivery on current strategic aircraft (B-2A) and dual-capable aircraft (F-15E, F-16C/D & MLU, PA-200) as well as future aircraft platforms.”,

On Tuesday, Russian officials notified the U.S. that it plans to carry out nuclear exercises, including test missile launches.

Notably, the tests are expected to include the firing of intercontinental ballistic missiles, which are capable of housing nuclear warheads.

Russia is obliged to provide this advance notice under the New START Treaty, Reuters reported.

“The U.S. was notified, and, as we’ve highlighted before, this is a routine annual exercise by Russia,” he said at a press conference.

Russian President Vladimir Putin has repeatedly threatened to utilize “all means necessary” to defend Russian territories, including annexed Ukrainian properties, amid his invasion of Ukraine.

Ned Price, a spokesperson for the U.S. State Department, said Russia’s compliance with the notification requirements is a good sign.

“While Russia engages in unprovoked aggression and reckless nuclear rhetoric, these notification measures do ensure we’re not taken by surprise and reduce the risks of misperception,” Price said.

Ukrainian President Volodymyr Zelenskyy has discouraged Russia from using nuclear weapons and has called on NATO to take preventative measures to ensure they are not used. 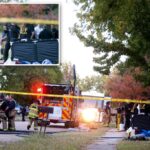 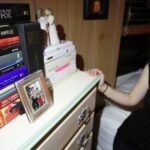