Two Democrats in battleground upstate Congressional districts held small but notable leads over their Republican rivals ahead of election day, according to a pair of new polls.

Josh Riley, an attorney from Endicott, was leading his GOP rival, Dutchess County Executive Marc Molinaro 48% to 43% in the sprawling 19th district, which stretches across Columbia, Greene, Delaware Broome, Tioga counties, according to a Spectrum News 1/Siena College survey published Friday. Though the numbers were within the poll’s margin of error, Riley’s lead widened with independent voters, where he bested Molinaro 48% to 36%.

But in a hopeful sign for Molinaro, 49% of district voters said they wanted to see Republicans take back control of the House of Representatives, compared to just 45% who said they wished it to stay in Democratic hands.

“It’s a district that tends to tilt a little bit Democratic, but that remains to be seen if that’s what happens come Election Day,” said Siena College pollster Steve Greenberg.

In New York’s 22nd district, which includes Democratic strongholds like Syracuse and parts of Utica, Democrat Francis Conole, Navy Reserves commander was leading his Republican challenger, entrepreneur Brandon Williams, 46% to 42%, according to another survey from Spectrum News 1/Siena College.

The results are a reversal from an October poll from the same organization which previously found Williams leading Conole 45% to 40%,

“This race is going to go down to the wire based on this poll,” Greenberg said of the Conole-Williams showdown. 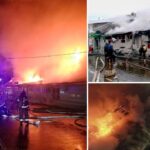 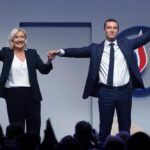