An “unruly” passenger forced a Southwest Airlines flight to Ohio to make an emergency landing in Arkansas after an onboard clash that sent another flyer to the hospital.

Southwest Flight 192 was headed from Houston, Texas, to Columbus on Saturday when it made an emergency stop at Bill and Hillary Clinton National Airport in Little Rock, the Federal Aviation Administration told CBS News.

The plane landed around 3:30 p.m. local time after the “crew declared an emergency due to a passenger disturbance.”

An airline spokesperson said the incident involved “unruly behavior from a passenger.”

Once the plane landed in Little Rock, the troublesome passenger was taken off the flight and placed in federal custody.

Officers from both the Transportation Security Administration and local law enforcement met the plane as it landed to remove the passenger, the FAA said.

The nature of the disturbance was not released by officials; another individual involved was taken to the hospital as a result.

The incident is also being investigated by the FBI, the agency told CBS.

“One individual is in federal custody at this time, and a different passenger was taken to a local hospital for treatment,” Little Rock’s FBI Division told Click2Houston.

The FBI in Little Rock is working with investigators at the city’s police department, the Little Rock airport and Southwest Airlines to determine if there were potential onboard assault violations, the agency said.

The suspect’s identity and charges were not immediately released.

The plane had taken off from William P. Hobby Airport and was bound for John Glenn Columbus International Airport when the incident occurred, diverting the flight, according to the FAA. 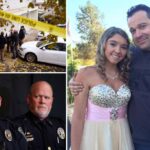 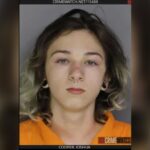 Teen, 16, charged with murder after taking to Instagram for help disposing of body