Settling in. In a rare new photo, disgraced former reality star and convicted felon Josh Duggar has grown out his hair and now has a scruffy beard since being transferred from an Arkansas jail to Texas’ Federal Correctional Institute Seagoville in June.

The former 19 Kids and Counting star’s clean-cut hair and shaved face are a thing of the past, as he could be seen holding a mug up to his mouth and taking a sip while surrounded by fellow inmates in the picture obtained by the Daily Mail. Josh, 34, appeared relaxed while wearing his prison uniform of a brown shirt and khaki pants.

Josh’s living area inside Seagoville is entirely communal, according to an August 2022 Forbes report, meaning there are no self-contained rooms. All of his activities, including dining, education, laundry and library privileges, are conducted “en masse,” which might explain the other inmates in the photograph.

An Arkansas jury found the former TLC star guilty on December 9, 2021, of one count of receiving child pornography and one count of possessing child pornography, following a nine-day trial. The latter charge was dropped at Josh’s May 25, 2022, sentencing. He was transferred to FCI Seagoville near Dallas on June 24 to begin serving his 12.5-year sentence, though he will end up doing less time behind bars than what he was ordered to serve. Josh is currently appealing his conviction.

Josh’s release date has already been set for August 12, 2032, meaning he’ll spend a little more than 10 years in prison. While it is unclear why he’s not doing the full 12.5-year stint, he could have been given credit for time served in the Washington County, Arkansas, jail following his guilty verdict. Federal prisoners must serve 85 percent of their sentence, which could be another contributing factor into why he is getting out earlier than expected.

Still, Josh is in for a very long decade as prisoner as he is not allowed conjugal visits with his wife, Anna Duggar, and the only physical contact they will be allowed to have is “handshakes, hugs, and kisses (in good taste)” at the start and end of any visit. The father of seven’s visitation time is limited to only four hours’ worth of visits per month, so it will likely be a very lonely 10 years for the convicted felon. But, if his latest photo is any indication, he seems to have settled in and is looking healthy albeit a little scruffy after his first three months of prison life. 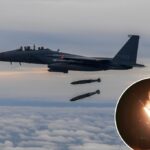 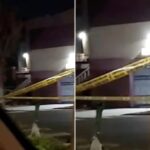