The Moscow Police Department identified the four college kids as Ethan Chapin, 20, Madison Mogen, 21, Xana Kernodle, 20, and Kaylee GonCalves, 21. The four appeared to be friends based off social media accounts. Chapin and Kernodle appeared to be in a relationship.

Chapin and Kernodle were both from out of state, while Mogen and GonCalves were Gem State natives before attending the university.

Chapin was from Washington state and Kernodle was from Arizona. Mogen was from Coeur d’Alene and GonCalves was from Rathdrum in the state.

The causes of death connected to the homicide probe were not yet released as details surrounding the case remain sparse.

“Currently, there is no one in custody,” the police department said in a press release.

“The Moscow Police does not believe there is an ongoing community risk based on information gathered during the preliminary investigation.”

Authorities were asking anyone with information to contact them.

The tragic discovery Sunday originally led the university to order students to shelter in place until police ensured there was no ongoing threat to the community. The city of Moscow has a population of more than 25,000 in north-central Idaho and is about 80 miles from Spokane, Washington.

University President Scott Green canceled classes Monday out of respect for the four students whose lives were cut short.

“It is with deep sadness that I share with you that the university was notified today of the death of four University of Idaho students living off-campus believed to be victims of homicide,” Green said in a statement Sunday night.

The university said counselors would be available for students at the campus counseling center, while employees can get help through an employee assistance program.

“An event of this magnitude can understandably have significant impacts on those left behind,” Green wrote. “As Vandals, we must come together and lift each other up.

Sympathy came in throughout the state including from House Rep. Mike Simpson.

“Kathy and I send our deepest condolences to the families of these four students — our hearts ache for your loss. Today we are all Vandals,” he said.

The announced deaths come just hours apart from a shooting at the University of Virginia where three people were killed. The alleged gunman in that case was arrested Monday after a 12-hour manhunt. 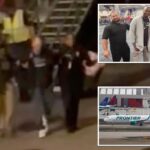 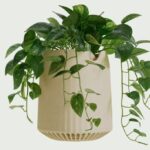