This lucky dog made a smooth landing.

A 6-month-old German shepherd was adopted by a United Airlines pilot after being abandoned at San Francisco International Airport, where he arrived from China in late August.

The owner, who didn’t have the proper documents, abandoned the poor pooch and continued his trip to New York, according to the Washington Post.

“The (Centers for Disease Control and Prevention) had some concern about the validity of the paperwork,” airline rep Vincent Passafiume told the paper.

“It was part of our responsibility, too.”

The CDC would not allow the dog to enter the country due to its strict rules about animals arriving from high-risk countries for rabies.

“The initial options were very grim. He would be euthanized upon getting back to China or locally put down,” Passafiume explained about the pup’s ruff predicament.

But United would not relent and urged the agency to reconsider its ruling about the dog, which the airline named Polaris – after its business class.

The CDC granted the high-flying visitor a reprieve but ordered a four-month quarantine, which Polaris spent as the canine equivalent of Tom Hanks’ stranded character in “The Terminal.”

Polaris spent some time at the airport, where he slept in an office and lapped up the treats and entertainment, as well as his newfound fame among the travelers.

“He was so good for the entire ride down. He didn’t bark at all,” Passafiume told the paper.

Meanwhile, airline officials asked the San Francisco SPCA for help in the adoption process – but said the dog could only be placed with a company employee.

“We really wanted him to go to someone in our United family, because of how much our team rallied around him,” Passafiume said.

After receiving 35 applications, the SPCA chose Capt. William Dale, a seven-year veteran who had recently moved to San Francisco with his family.

“I only hope that we can do half as good a job of taking care of him as the United staff did,” Dale told the outlet.

“More than one employee said to me, ‘You better take good care of him … or else.’ There was even a wag of a finger,” the pilot added.

On Dec. 15, United threw Polaris an adoption party at Terminal 3 attended by SFO’s team of comfort dogs, who all enjoyed cupcakes and an assortment of canine treats.

“United’s Customer Service team took on quite a challenge to ensure Polaris would be safe, healthy and find a loving home,” said Lisa Feder, the San Francisco SPCA’s chief of rescue and welfare.

“We were honored that United called the SF SPCA to facilitate this adoption because of our knowledge and expertise in adoptions, as well as nearly 155 years of offering care and protection to pets,” she said in a statement.

“We’re grateful that we can celebrate with them today, and for their $5,000 donation that will help to save lives year-round,” Feder added.

After the adoption was completed last week, Passafiume said: “It’s a great feeling to see this story come full circle and that Polaris will have a loving home with United Airlines Captain Dale and his family—just in time for the holidays.”

Thinking about the newly adopted Polaris, he told the Washington Post: “I am going to miss the heck out of him.” 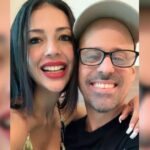 Are Gino and Jasmine Still Together? 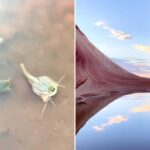 Amazing living fossils dating back to dinosaurs found in Arizona