Ukrainian troops pressed forward in the south Thursday after Russia ordered one of the war’s biggest retreats — but Kyiv warned that fleeing enemy troops could still turn Kherson into a “city of death.”

A small company of Ukrainian soldiers was shown on state TV being greeted by overjoyed residents in the center of the village of Snihurivka around 35 miles north of Kherson city, with a Ukrainian flag flying above the square behind them.

“Today, on Nov. 10, 2022, Snihurivka was liberated by the forces of the 131st Separate Intelligence Battalion. Glory to Ukraine!” a commander declared as dozens of locals applauded, cheered and filmed the soldiers on their phones.

Moscow ordered its troops Wednesday to retreat from the entire Russian-held pocket on the west bank of the Dnipro River, including Kherson city, after a top general reported that the loss of supply routes had made defense “futile.”

Ukrainian officials, including President Volodymyr Zelensky, have been tight-lipped in public, fearing a possible ambush and warning that Russians may still be planning to sow destruction on their way out.

Mykhailo Podolyak, an adviser to the president, said Thursday that Russia wanted to turn Kherson into a “city of death,” mining everything from apartments to sewers and planning to shell the city from the other side of the river.

“This is what ‘Russian world’ looks like: came, robbed, celebrated, killed ‘witnesses’, left ruins and left,” he wrote on Twitter.

Ukraine’s commander-in-chief Valeriy Zaluzhny confirmed that “the enemy had no other choice but to resort to fleeing,” because Kyiv’s army has destroyed supply systems and disrupted Russia’s military command in the area. Still, he said the Ukrainian military could not confirm that Russian forces were indeed withdrawing.

Zaluzhny revealed that his forces had advanced more than four miles in the past 24 hours and had recaptured 12 settlements in the south.

“We continue to conduct the offensive operation in line with our plan,” he wrote in a post on Telegram.

Recapturing Kherson could provide Ukraine a launching pad for supplies and troops to try and win back other lost territory in the south, including Crimea, which Moscow illegally seized in 2014.

British Prime Minister Rishi Sunak was careful in his assessment of the situation in Kherson. He spoke Thursday to Zelensky, and his office said they agreed “it was right to continue to exercise caution until the Ukrainian flag was raised over the city.”

Gen. Mark Milley, chairman of the US Joint Chiefs of Staff, said a day earlier that he believed a retreat was underway, but that Russia had amassed 20,000 to 30,000 troops in Kherson and that a full withdrawal could take several weeks.

Kyiv’s public wariness may in part reflect its urge to keep its own operations secret as it plans to inflict as much harm as possible on the thousands of Russian troops likely to need to be transferred across the river by ferry.

Asked about Kherson in an interview with CNN aired Thursday, Zelensky said he could not give details, because “I really want to have an unpleasant surprise for the enemy and not something that they’re prepared for.”

If Russia follows through with the pullout from Kherson — the only regional capital its forces had captured in nine months of war — it would mark one of Moscow’s most embarrassing setbacks.

The move comes less than two months after Vladimir Putin formally annexed Kherson and three other regions of Ukraine, announcing during a speech that the territories will be “forever” part of Russia.

Russia has evacuated tens of thousands of civilians from the Kherson area in recent weeks in what Ukraine said included illegal forced deportations, which constitutes a war crime.

Russian state media and pro-Kremlin war hawks defended the withdrawal as a necessary move while acknowledging a heavy blow.

“I know for sure that this decision was not easy for anyone. Not for those who took it, nor for those of us who understood it would be so but still prayed it wouldn’t happen,” said Margarita Simonyan, head of RT, Russia’s international propaganda channel.

Russian forces are still holding on to other gains in the south, including a vital land route connecting Russia to Crimea, and cities in the east that they mostly obliterated while capturing them. 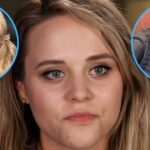 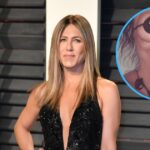