Ukrainians fearing that Russian President Vladimir Putin may unleash a nuke have organized another big bang — a wild sex party in the event that the warmonger’s threat becomes reality.

The would-be participants in the carnal extravaganza on a hill outside the capital Kyiv have been instructed to adorn their hands with stripes to specify what activities they’re interested in, according to the news outlet.

“It’s an attempt to show that the more they try to scare us, the more we will transform it into something else,” a man added.

Putin is feared to be planning a nuclear test on the border with Ukraine — while officials in Kyiv are already handing out potassium iodide pills to protect against a possible nuke strike. 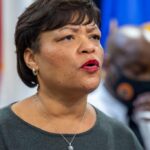 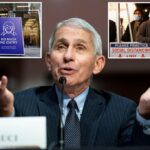 I should’ve been ‘more careful’ about COVID messaging