Christmas came earlier than usual for some Ukrainians as the war with Russia continues to rage.

At least some Orthodox Ukrainians woke up to Christmas Sunday — along with many other Christians across the globe — instead of Jan. 7, when the holy day is typically commemorated.

However, because of the ongoing war with Russia, parts of Ukraine wanted to break from sharing a celebration with the Vladimir Putin-led nation.

The leadership of the Orthodox Church of Ukraine gave its blessing to worshippers to observe Christmas on Dec. 25 starting this year. For some, the date change represents a move away from Russian culture and religion. One village on the outskirts of Kyiv even voted recently to move up its Christmas holiday.

“What began on Feb. 24, the full-scale invasion, is an awakening and an understanding that we can no longer be part of the Russian world,” said 33-year-old Olena Paliy of Bobrytsia.

Ukrainian governor of Donetsk, Pavlo Kyrylenko, reported the city of Avdiivka was also attacked and one woman was wounded.

Elsewhere in the country, residents tried to celebrate the holy day.

In the Kyiv region, people in Bobrytsia gathered for their first Christmas service Sunday despite the earlier blare of sirens. No attacks were ultimately reported in the area.

“No enemy can take away the holiday because the holiday is born in the soul,” the Rev. Rostyslav Korchak said in his homily. He used the words “war,” “soldiers,” and “evil” more than “Jesus Christ.”

The Russian Orthodox Church, which claims power of Orthodoxy in the neighboring country, uses the ancient Julian calendar; most church and secular groups have gone with the Gregorian calendar.

The Synod of Orthodox Church or Ukraine gave local church rectors and their communities the OK in December to choose which date to celebrate Christmas. The decision comes after years of discussion, but was also nudged along by Russia’s invasion.

A vote taken in Bobrytsia last week resulted in a near unanimous adoption of Dec. 25 as the new day to observe Christmas. Some members of the faith promoted the change within the local church that recently transitioned to the Orthodox Church of Ukraine, which has no ties to Russia.

Roman Ivanenko, a local official who pushed for the change, called the switch “breaking this connection” with the Russians.

“This is a big step because never in our history have we had the same dates of celebration of Christmas in Ukraine with the whole Christian world,” he said. “All the time we were separated.”

One woman who’s attended church in Bobrytsia every Christmas since 2000 — though usually on Jan. 7, — found no difference in enjoying Christmas on the earlier date.

“The most important is the God to be born in the heart,” said 65-year-old Anna Nezenko.

The Ukrainian Orthodox Church — the other branch of Orthodox in the country — was loyal to Moscow before the war. It declared independence in May and has traditionally celebrated Christmas on Jan. 7. 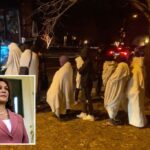 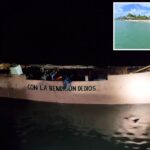