Joyous Ukrainians took to Kherson City’s town square chanting, “Glory to Ukraine!” while welcoming a vanguard of liberating troops as Russia’s forces seemingly pulled out of the strategic capital ahead of Kyiv’s advance.

The city, which fell to the Kremlin’s invasion force in the opening hours of the war, had been poised for weeks to be the site of a cataclysmic battle between battle hardened Ukrainian troops and dug-in, recently reinforced Russians.

“Today is a historic day,” Ukrainian President Volodymyr Zelensky said in a videotaped address to the nation. “We are regaining Kherson.

“As of now, our defenders are approaching the city. But special units are already in the city. The people of Kherson were waiting. They never gave up on Ukraine,” he said.

“Hope for Ukraine is always justified – and Ukraine always regains its own,” he added.

Additional celebrations were held in Kyiv, as Ukrainians in the capital took to the street to celebrate Kherson’s pending liberation.

But large scale fighting between Russian and Ukrainian troops could still play out in the greater Kherson province.

Kherson City, a shipbuilding port on the Dnipro River, sits on the west bank — in what had been a rapidly dwindling pocket of Russian-controlled territory. But Russian forces have largely fallen back to the river’s east bank, where they have reportedly been fortifying and mining for weeks.

The Kremlin — and its proxies in the local occupation authority — had hinted at a retreat across the Dnipro river for weeks, finally announcing Wednesday that a loss of Russian supply lines had made their positions in and around the city of Kherson untenable.

By early Friday, the Russian ministry of defense said all of its forces had been withdrawn.

The Ukrainian military said it expects there are still some Russian forces within the city, calling on any Russians to surrender.

While Kyiv on Friday characterized Russia’s retreat as chaotic — with Russian forces ditching their uniforms and weapons and trying to flee — Moscow presented the process as orderly.

“Not a single unit of military equipment or weapons have been left on the [western] bank. All Russian servicemen crossed to the [east] bank,” The Ministry of Defense said in a statement.

The abandonment of Kherson is a blow to the nearly nine-month Russian invasion and a strategic loss for Moscow.

Kherson — capital of the Ukrainian province of the same name — was of both symbolic and strategic importance to the Kremlin, which had made it a central part of its efforts to claim Ukraine as Russian territory.

It was where Russian occupation forces started issuing Russian passports to Ukrainian civilians, and one of the places where occupiers demanded the use of Russian currency.

A ship-building port city at the mouth of a river that leads north to Kyiv, Kherson is also of genuine strategic importance — and its pending liberation will open up yet another Ukrainian port city and give Kyiv control of the entire west bank of the Dnipro.

Moscow’s defense ministry reiterated on Friday that it had “defensive lines and positions” prepared along the Dnipro’s east bank.

Asked if the retreat had been humiliating for Russian President Vladimir Putin, Kremlin spokesman Dmitry Peskov said simply, “no.” 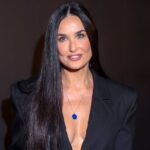 See Photos of Actress Not Wearing a Bra 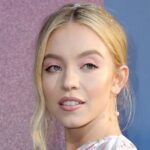